EXPOSED, The Real Identity of Kidnappers in Benue, Taraba and environs

The unabated thriving business of kidnapping in Nigeria

Say No More "They are Fulani Herdsmen", they are TIV People, Say no more! 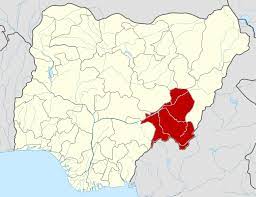 Over the years, the Tiv people, who are the majority tribe in Benue State has always cried victims of unknown herders, kidnappers and other criminal activities in their domain. We can recalled, the Governor of Benue State, HE, Samuel Otorm on several occasions calling the attention of the country and the entire world to the plight of his people on the incessant attack by criminal elements . Communities in Benue state have come under several attacks from those we have come to know as the Fulani Herdsmen. While allegations of killing by the Fulani Herdsmen was ongoing, there is also cases of kidnappings, cattle rustling, robberies, wanton destruction of properties and other collateral damages always befalling the people of Benue. The whole country and the international community have, as a result come to be sympathetic to the plight of the Governor and his people. We should also remind our readers that it was, this allegation that led to the decamping of the governor from the ruling political party, APC to PDP, accusing the President, PMB of failing to protect him and his people from those we have all come to know as the “Fulani Herdsmen”, our public enemy number one. But just last week, Friday, to be precise, after the abduction of two passengers at Wukari, Taraba State, from a North bound commercial bus, travelling from Uyo, Akwa Ibom State to Yola, Adamawa State, that the true identity of the perpetrators of the heinous crimes against the Benue people was revealed. 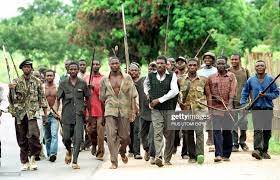 It is not the Fulani Herdsmen as they have come to make the country and the world to believe that has been attacking, killing, stealing, maiming, kidnapping, and committing all sorts of the reported crimes against the people of Benue State. It is their fellow TIV brothers, from Taraba State that has been their enemies. Not the Fulani Herdsmen. Now Wukari is the first LG in Taraba State, after you say goodbye to Benue. According to a source, a woman was travelling to Yola, from Uyo, Akwa Ibom State. And in a very suspicious manner, a checking point with people carrying guns, disguising like the police started searching their vehicles, their luggage, emptying their cloths and contents into a sack, beating them, and bringing everyone out of the bus. After thoroughly rubbing the passengers, they picked two passengers out of the lots, this woman and a young man, and asked them to come and greet their oga. 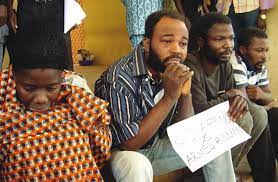 What started in the morning of Friday for this woman and her co traveler as a journey to Yola, suddenly down on them, the reality that they have been kidnapped, and their luggage, not to be found again. After taking their hostages on an endless trek of over seven hours, which started from around, after ten pm, they got to their base, a very small community in the morning around 9am. “My wife was dead on arrival, as they had to practically be dragging her along the forest, where they trekked for over nine hours. Bruises on her knees, tears on her face, arms and legs swollen”, our source narrated.

THE CONTACT, NEGOTIATION, THE RANSOM, THE PAYMENT, AND THEIR IDENTITY REVEALED… KEEP A DATE.. TO BE CONTINUED!