the labelling of the late Libyan strongman and dictator, Mamou Ghadafi “a madman” by the then Senate President, Senator. David Bonaventure Mark, when the later suggested that the country be divided along Islam and Christian lines respectively,

It is the postulation of the legendary iconic reggae super star, Hon. Robert Nesta Marley  in one of his numerous hit tracks, “Good friends we had, oh good friends we lost along the way. In this great future, you can’t forget your past”, we have lot of good meaning people whose best shouldn’t be forgotten from every tribe that makes the commonwealth of our beautiful country. 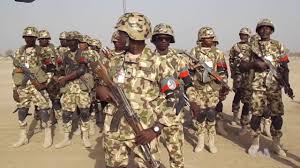 I also believe it was this same line of thinking by the reggae prophet that warranted the labelling of the late Libyan strongman and dictator, Mamou Gaddafi “a madman” by the then Senate President, Senator. David Bonaventure Mark, when the later suggested that the country be divided along Islam and Christian lines respectively, a suggestion the Senate President considered dumb and could come from only but a madman or an ignorant person who does not understand us as the resolutely interwoven Nigerians that we are.  It was easy and understandably for the Senate President, a veteran himself, whom along with many other Nigerians from across the tribes and regions of the country, along with their families, who fought side by side and sacrificed so much to established the camaraderie that exists today and would continue to exists between the various country men and women that had shared in this great experience of love, unity, brotherliness, and above all, worship to our creator by always watching over each other’s back as our brothers keepers and as true Nigerians, irrespective of any differences. We know better than to subscribe to anything otherwise. We also know better, what needs be done by us and for us all to sustain this wish of the creator of the universe and of us all. 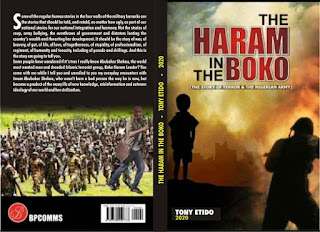 As the first black President of the United States of America, President, Barrack Obama, described his family thanksgiving’s gets together in one of his books, ‘A Mini United Nations Assembly’, so also it is with a typical Nigerian military barracks, the ‘United Nations of Nigeria Assembly’ we would unmistakably say. That’s what we have in anywhere call a barracks or some metropolitan cities in Nigeria which am sure no one would want to give such diversity up if anyone ever shared in that experience which always left one never the same again in terms of co-existing orientation, and commitment to national unity and patriotism to the country they don’t have another. And this fabric, which is the Nigerian Arm Force, is by all sincerity without sentiment the only fabric holding us together as a people now, and the earlier we realised and recognised her as such, the better for our mental and liberty health. 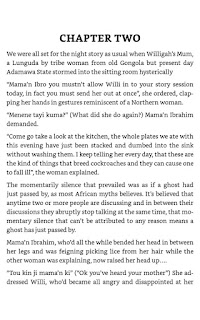