Its Official, Nigerian Army now Have Own International Golf Course

IKPNEWS can authoritatively inform you that the Nigerian army now boasts of own international golf resort and country club. Officially inaugurating the International Golf course on Sunday, the Chief of Army Staff, LT. Gen. TY Buratai, who was represented by LT. Gen. LO Adeosun, Chief of Policy and Plans (Army) advised golfers in the country to make good use of the facility and to promote the growth of golf in the country. 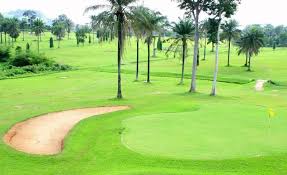 The Golf Club which was known as Eagle International Golf Resort and country resort is now going to be known as TYB International Golf Resort and Country Club is now fully owned by the members of the Nigerian Armed Forces, serving and retired. The Chief of Army Staff who disclosed that he was not deterred with misconceptions flying around as to what to be done with massive land space in the Yar Adua Barracks, because he was nursing the idea of citing an international golf resort, which has now seen the light of the day, further revealed that the facility would not only serve members of the armed forces, but would equally serve other services, the para military organizations and the public. 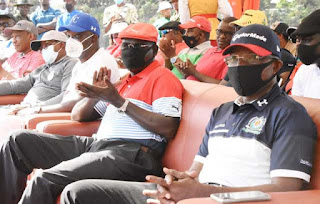