What happened in Room 10, and the identity of those involved!

What happened in Room 10, and the identity of those involved! 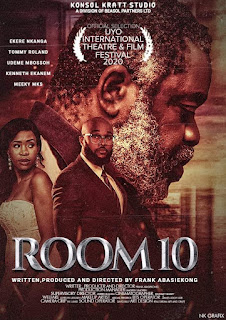 Room 10 is the rave of the moment short film that has been considered in the short film category of several film festivals taking place across the globe this year. Room 10 is a master class production about a special unit security officer and his newly wedded bride who ran into a complicated situation with a disguised hotel management. That the olekpa was forced to accept some illegal dealings against his professional ethic is a revelation of the diverse challenges security practitioners’ encounters and are dealing with in the course of discharging their duties.

Room 10 is written, directed and produced by #NollyWood rave of the moment and a fast rising film practitioner in the industry, Frank Abasiekong . Frank is a thorough breed, trained and talented fast rising movie maker, and also a film scholar with a professional film degree from the famous Pencil Film Training Institute (PEFTI), Lagos. Aside being properly trained and holding a professional certification of PEFTI, he also holds a (BA) Theatre Arts, and currently wrapping up an (MA) program in Theatre and film studies, University of Uyo, Uyo, Akwa Ibom State, Nigeria respectively. He is also the CEO, Konsol Kraft Studio. 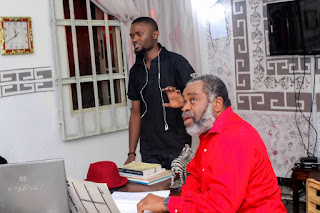 Having been part of over 15 independent film productions within Nigeria, and 7 spectacular short films for Film Festivals and some broadcast companies in the years that went by, Frank, who had always been seeking for that original idea that can simply speak to his audience without ambiguity, decided to storm the various film festival this year, 2020 with Room 10, an entrant that is rated highly and projected by pundits to make an impression and announced proper, the young movie maker to the world. Mr. Abasiekong had always wanted and sorts to give his fans and the world a master class job that would not only entertained them, but speak to their souls as well. 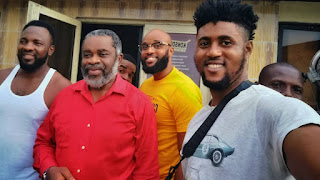 Frank has been involved in teaching the act of film making in various film schools such as Empire film Academy, Valid Film and Advertising Academy and currently Royal Art Academy.

The room 10 experience is comprises of….. Sir. Ekere Nkanga, Kenneth Ekanem,Tommy Roland, Udeme Mbossoh, Mekobong, King Solomon and Lovelyn Udosen, all staring. Room 10 has been selected @ the #Standalone Film Festival and Award, California, USA, and not forgetting the fastest growing film festival in the South and East of Nigeria. Uyo International Theatre and Film Festival 2020 were Room 10 has been selected as the Headline movie for the Festival. 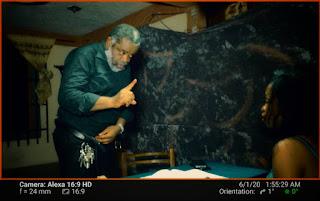 Speaking to IKP news recently when we caught up with the film maker in Uyo, the oil rich state of Nigeria, Frank stated that he is excited about Room 10 and the many lessons that the art work is carrying. He also informed us that he want to use the various film festivals to herald his work and make a statement of the art of film making in the world.”Room 10 is the bomb”, Frank concluded.