Yesterday evening, Engr. Etido Inyang, the Chairman of the Ibom Power plant in his magnanimity, decided to respond to the cry for help of the inhabitants of Old Itu Road and other environs, whom the devastating flood of Tuesday sacked  from their respective homes and destroyed properties worth millions. 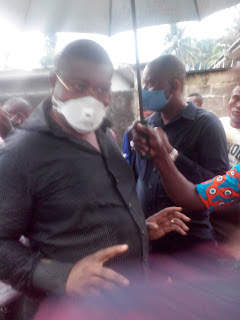 Speaking to your IKPNEws platform at Okodiya Street, Ikot Ekpene where we caught up with the Ibom Power Plant Man when he was accessing, comforting  and handing over the relief materials to the distresses people, he informed us that he had thought of providing just seventeen (17) mattresses and some food items to the people he thought are his immediate neigbours, but the number of people affected forced him to triple what his original intention was, having to now give out fifty one (51) mattresses and more food items to fifty one families, and cash gift to others. Engr. Inyang expressed optimism that the government of Governor Udom is a listening and responsible government that would come soon through the Chief of Staff and the Acting Commissioner of works to find a lasting solution to the perennial flooding as well as provide relief materials to many that are affected, even as we were made to understand that the one he just did was at his own personal capacity and felicitation to his people, Old Itu Road where he is from. 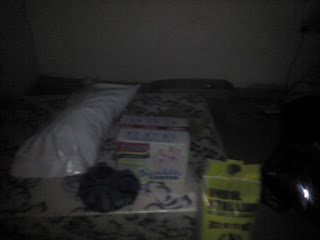 Engr. Etido Inyang advised the people to always clean and keep their drainages free of blockade, revealing that the flooding incident of Tuesday is everywhere, and it is going to be severe according to the forecasts of the Metrological Institute of Nigeria. Speaking about the “proactivenes” and sensitivity nature of the government of Governor Udom Emmanuel toward the people, the Old Itu Road Boy turn politician encouraged the people to always keep faith with Governor Udom Emmanuel’s government, which he described as highly sensitive to the yearnings and aspirations of the people of Ikot Ekpene, and the whole of Akwa Ibom State. He further revealed that soon the office of the Deputy Governor would come with a larger and bigger relief material for the people from the government.. 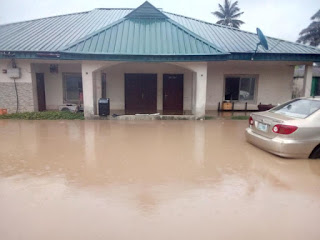 Speaking to one of the beneficiaries, who would want to remain anonymous, she expressed delight over the relief which she said would go a long way. She was over board with joy over the mattress and food items made up of a carton of noodle, 10kg bag of rice, beans, onion and many others. “I think say them no go give me o, I think say them go say I no from here”, the exited woman explained. She prayed that God would continue to bless the Engr, his family as well as to elevate him to a much higher position and blessings so that he would serve the people more.  #EtidoInyangATrueNeighbourIndeed