See Why And Where Northern Politicians Are Better Than Their Southern Counterparts, No 3 Would Shock You….

POLITICS
The monster of them all, the criminal and open extortion of their people by respective power holding companies that operates in their regions, but till today, those institutions’ operatives continue to thrive in the regions, becoming stupendously rich at the expense of their people without anyone deterring them,
........ Toney Etido                (Senior Staff Writer)

There is no doubting the fact that poverty and its attendant mentality have so eroded our psyche and as a result, affected us adversely in the way we reason and behave in this our own part of the world. Corruption has shifted and rearranged our value system as compared to others universally and elsewhere. For instance, politics and politicking is seen in every sane clime as an avenue to attract and bring about developments that solves societal problems, and those involved are expected to behave in manners suitable to a public servant and accountable to the people they serve, anything short is showing the fellow the way out, his foray in politics brought to an abrupt and an inglorious end. Public service (Civil Service) is a bureaucratic system created so that service can be delivered to the populace of any given country. But so cannot be said about our Nigeria, and some characters dealing in our collective public affairs. Those in our public service are bereft of accountability to the people they represent/serving. In our country as the setting is, politics is only an end and means to becoming “stinkingly” rich and being promoted into the class of those that are above the law, those that can do and undo, without being accountable to anyone. Their loyalty is only to the system they fosters and operates and to some powerful selfish individuals in the hierarchy of system. They flown the laws of the land, and pocketed the security personnel to do their biddings.

In the midst of all these chaos and abnormally in the land, we can still look from the ways and act of some people from a certain part/region of the country and compare, as to ascertain who is better. And like in the case of “in the land of the blind, one eye man is the king“, we can say that the following politicians and people from the north are better than their counterparts from the south. The reasons we can say this are:… 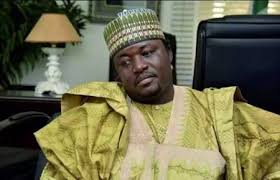 1.      The Northern politicians, no matter how greedy as the case is among politicians in our country, he or she does not steal all. They leave some for the people, they initiates projects and avenues some could trickle down to the people, no matter how little. But the southern politicians would only choose some of their partners in crimes, the killers, cultists, and their zombies that they use to execute their nights and secrets activities to empower. They don’t mind fostering stack illiterates or people with shady characters on a position of great interest of the general public as personal compensation.

2.      The Northern politician defend the course of their people at every time, whereas, the southern politician only defend and served his course and that of his family. Eg. You can see a southern youth leader, may be a very vocal student union leader or people’s advocate, very vibrant and showing great signs and potential of defending the people at the grass root. But immediately and once opportunity he or she is given a position, or he or she wins election to the local council as a Councilor, State or Federal, they usually returned to demonstrate same selfish and greedy witch-craft attitudes of their ancestors, totally abandoning the course he or she rose and known from. Northern politicians stay true to their course and conviction for their people.

3.      Northern politicians do not allow the system or outsiders to come into their States and oppress their people. They always intervene, defend and secure the goodies that the system holds for their people. This is why it looks as if the north is marginalizing the south. If a certain northern politician for instance is put in a position or ministry, and there is anything coming from that position, his or her people would be his or her first point of call and priority. That is why the people of the north, most especially the northern youths are ever loyal to their politicians, even when we from the south feels they shouldn’t. 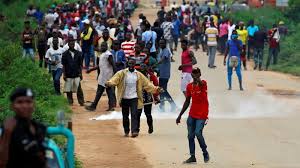 For an example, it has been long since the people from the South East and South-South respectively have been screaming that their region is being militarize, security operatives dealing high handedly with their people, extorting them, Federal Road Safety Commission (FRSC) and other uniform wearing organizations in the country operating with same high handedness that takes the hard earnings and means of livelihood of their people and their wealth. The monster of them all, the criminal and open extortion of their people by respective power holding companies that operates in their regions, but till today, those institutions’ operatives continue to thrive in the regions, becoming stupendously rich at the expense of their people without anyone deterring them, as there is no one to speak against and defend the People. To draw an instance, Old Itu Road, Old Firing Road, Esa Atan and other environs are streets in the heart of Ikot Ekpene, the first and oldest local government area in the country, including West Africa. For almost three weeks and more in others, there had not been electricity, even if there is when there is, it is sparsely given, and at the end of the month, by fire by force, you must pay. Transformer or any fault, roads etc can go wrong for days, weeks, months and even years without the institutions concern demonstrating responsibility and accountability on jobs they are being paid. Yet the people have representatives in the LG, State and Federal House Reps, and Senators that are being paid, maintained and service to represent the people, and it would never be a problem to these politicians, as long as they have had their solved with the people’s money. When I told a friend in the north recently, that there had not been electricity in my area now for over three weeks, she had simply screamed and asked if we don’t have a Councilor. I was made to realized that whatever is the electrical problem or any other problem in anywhere in the north, the Councilor of the affected area would rise up to the challenge as his or her duty. And if it is beyond him or her, or beyond the Council Boss, the State House Member Concern would come in immediately, and when it is beyond him or her, the Federal House Member representing the people would come in, till the Senator would all come in. 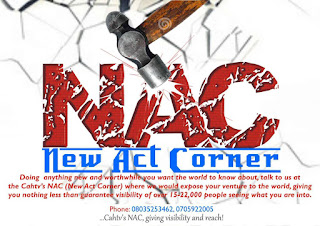 But in the South it is not like that. Elected politicians and civil servants don’t see themselves as if they are or came to their respective positions for and because of the people. The only duty they come to believe and know as their role as the people’s representatives is to appear in their chambers and present one yeye paper, even them they know they would not follow up, and go and collect their money. For instance, there are communities that are involved in communal crises annually, yet they have representatives at various categories, yet the crises cannot be brought to an end. The system, the people, civil society advocates, and all concerns should initiate and established a process of getting our politicians and civil servants, most especially those from the southern part of the country to truly start earning what they are being paid for the services they took upon. #IHateWhatIDon’tLike
at June 22, 2020