Nigerian Banks steals little, and because they don't want to be put in jail for stealing little, they make their little stealing a lot by stealing little in plenty places, so they are now king. King of stealing....Toney Etido        (Senior Staff Writer) 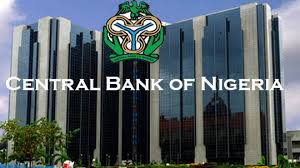 For a long time Zenith bank and other banks in Nigeria, moss especially the new generational banks had been subtly stealing from their customers in the guise of one charges or the other. And because the amounts they usually deduct from their customers’ accounts are usually so insignificant, customers usually don’t mind when such money is deducted from their accounts. Even if they mind, who would they report to? What customers don’t know is that, these insignificant amounts usually amounts to a very huge significant chunk in the long run after pinching the token they usually pinched from several accounts, let’s say forty five naira (N45) in two million places. You just do the math. Little wonder they declare such dividend annually without commensurate contribution to our economy.

Recently, Zenith bank seems to have introduced new charge they call VISA QUARTERLY FEE, whatever that is! They charged for monthly card maintenance, they charged for every transaction after three usage of their debit card in a month and all manner of charges and now this new one, living one to ask “If it is a crime to be a Nigerian?” Central bank, the country’s apex and regulatory bank is doing nothing to protect the citizens of the country in the face of sustained extortions by banks who are not adding anything to the country’s economy. Central bank only issue periodic warnings against such charges and extortion without penalty or sanctions to the defaulting banks, while the stealing spree continues unabated.

Have you received this stealing sms from any bank recently? Speak up and deter them.