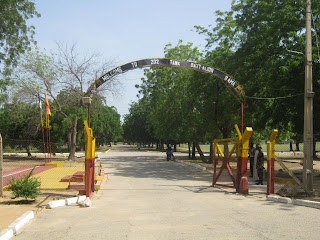 Col Kur Mohammed was one of the very few top ranking army officers in the Nigerian army from the Northern part of the country after independent and the first republic. He is, from his name to come from the Kenem Biu Kingdom, Borno State of modern day Nigeria. Col Kur Mohammed, who is said to be an indigene of Bama LGA, the largest LG area in Borno and the state’s second most developed city, was alongside Brigadier General Maimalari, another top ranking officer from the same region, killed during the 1965 revolutionary coup also known as Major Kaduna Nzeogwu’s coup. One of the agreed cardinal agenda of the coup was to eliminate all top ranking Politicians and top ranking military officers from the rank of Lt. Col and above, accused of championing corruption in the country. Though the coup failed, but Col Kur Mohammed and his kinsmen, Brigadier Maimalari were killed because they were working as the defense attaché to the Prime Minister, Alhaji Tafawa Balewa, who was also killed during the coup. 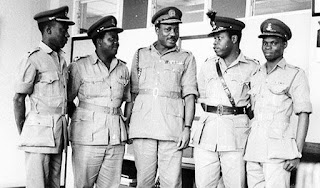