ABAMA, WHY THE IGBOS ARE HATED ANYWHERE THEY GO 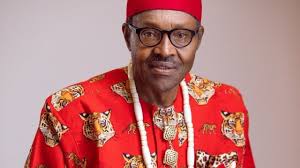 They’re the self acclaim lost tribe of Israel, even as the Israel nation did not come out to admit to a missing tribe. They have an appalling and annoying way of life that is a snare to everyone in anywhere they are. Their ways is only and always good to them alone, they see nothing wrong in any of their disrespectful ways. They feel they can drive their annoying and immoral ways down others’ throat, they call it smartness and business, but we call it criminality, dishonesty and the devil’s ways for what it is. They are quick to proclaim that they’re hated in Nigeria because of their business prowls and success, but we say no, we and everyone hate you everywhere you go in the world because of your dubiousness, oppressive tendency, disrespect and insensitive to the feelings of others, and thinking others are stupid. 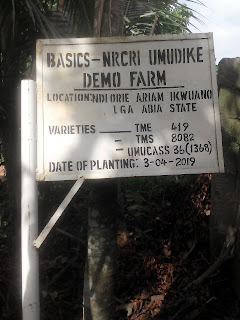 They claimed we are part of their scrambling and agitation for their nation, the Biafra, but we say, just like the Southern Cameroons, in 1956 opted out of Nigeria, instead of sharing a country with people they out rightly perceived and consider as criminals, say no, we better remain Nigerians, and sort a nomenclature to call ourselves when the Nigerian country no longer wants us. They accused the Fulani of domination, but we ask them, “Who’s more domineering than the Igbo people?” From the Atam people of Ogoja in Cross River State, to the Kogi people and anywhere their states are bordered by others, where are they not criminally fighting and killing to shift borders? The Igbo is the problem of themselves and of Nigeria in Nigeria. Anywhere you go you say the people hates you, isn’t this a call to your spiritual leaders, the anointed men and women of God from among you and others that consult the spirit’s realms to carry out a crusade for mercy and deliverance, as they once and are still doing in Mbise, your brothers who once killed and weren’t nice to the missionaries when they came, and as a result calamities of the inability to get married to the female children and much more worse calamities on the male children befell the land, until the curse was averted? Was the template the North is operating today that you are crying blue murder not in ill motive written by your kits and kin elites who had thought it is theirs to lord it over and do as they like the country? Thank God the Biafra proclamation did not succeed, as the minorities of the then Eastern region would have by now been annexed and called new names from their original names, as Ikot Ekpene was already being touted to be called new Aba. Haba, who does that and still expects the people to smile, love and embrace you?

This is Abama, a boundary community in Obot Akara LGA in Akwa Ibom state, from time immemorial as handed over to us as history by our successive ancestors, and according to the map of the State and the country, our Igbo neighbors, the Ikwanu People of Abia State, the (Unege) as we call them in my language have always lived behind the stream very far away from Nsa Kpo, a forest we own and used as a sacrificial ground for twins and other traditional and diabolical banishment as all Africans used to practiced before colonialism and Christianity that no longer encourage such practices. And since after the Nigerian Civil war, and the many tales and insinuations that the Biafran soldiers once camped in that forest and as their ingénue way of improvising which cannot be taken away from them, had discovered and refined crude oil by the forest and the only river that the community had always known as the natural and only source of water, until recently when civilization and democracy started drilling borehole water and the site abandoned for only farming and fishing. But today, the Igbo people think they would use their money and sponsored machineries to drive the people away from their ancestral home, they even have such gut and disrespect to crossed the stream and come as far as Nsa Okpo to mount a farm sign post in our own territory. WHAT AN AUDACITY?  Let me tell you people something, our people, who have no other source of livelihood than their farms and land are bend in dying to the last man than to allow the Igbos to disrespectfully take any portion of their ancestral land. “Tutu nkpa andat”, the people would say. You think you have money to provide assorted guns and sponsor machineries, but one thing we would tell you for free is that, “YOU WOULD NEVER SUCCEED AGAINST OUR PEOPLE”. YOU KILL ONE, WE WOULD KILL SEVEN, and nothing less. And if our number is not seven yet, we’re not hiding our mouth to say it, and it is not bragging, like the Mafia and like Fulani as Governor Elrufai stated, we never forget, and we must complete that seven over one, our God is with us. It is another farming season, is either the boundary commission and government intervenes and provide a lasting solution to this crises or it would snowball into a conflagration that might consume us all. ANYWHERE YOU GO YOU CREATE ENEMIES FOR YOURSELF, LATER YOU WOULD SAY PEOPLE HATE YOU