With COVID19 keeping us thinking only the way of survival, should we abandoned every other aspect of our lives? 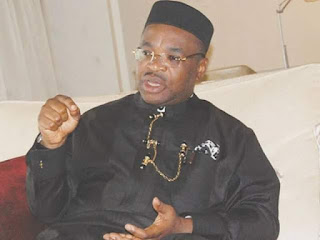 The oil rich State of Akwa Ibom State, South-south of the country is so making it to the news for the wrong reason lately. From the disagreement with NCDC over COVID19, the sacking of the State’s Epidemiologist by government for disagreeing on the modalities of collected and tested sample of incident cases, and the politicization of development and construction works ongoing in the state.

For instance, Ikot Ekpene Senatorial district is one of the three senatorial districts in the state, and though the entire district was instrumental to the emergence of the current governor, Gov. (Deacon) Udom Gabriel Emmanuel as the governor, because of the unflinching decision of the his predecessor to installed him by all means, against every odds, the region has suffered marginalization without development in the last over four years of the governor. The deliberate marginalization is so much that it has become an embarrassment to the state and government. But as it is with a bully and any discriminatory person, the government is neck bend in continuous discrimination of the senatorial district that helped in stalling him, even to his shame and degradation of approving this kind of substandard road to the district in place of the original fly over that was earmarked for the famous British control post, by Old Itu Road. And as it is said in football coaching, “You are as good as your last job”, I hope customers patronizing the famous German construction giant, Julius Begger would do well to cross check with this road before assigning any road construction business to JJB, and I hope they would not mind to be identify with this road!.