Hating people, they say is like burning down your house to get rid of rat. 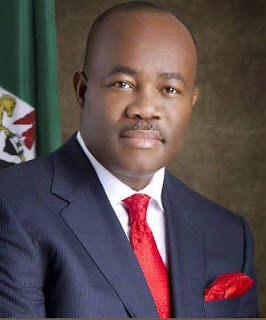 We in Akwa Ibom state and those watching with keen interest, the interplay and conspiracy by some few powerful elements against one man, Senator Godswil Obot Akpabio, the Hon. Minister of Niger Delta Affairs, couldn’t have identified hatred differently. This congregant of haters, who like some group of Jews in the book of Act23:12, who the scripture has it that “they bound themselves by an oath that they would neither eat nor drink until Paul is killed”, have redefined hatred and taken it to another dimension. They have also invented some new tools of execution, that if deliberate and sustained concerted efforts are not deployed by all and sundry who truly love and want an harmonious future for our state, most especially the young people,  the bond of unity that is the bed rock of development would completely elude us, our developmental objective never attained. 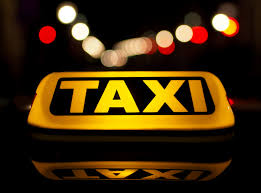 Be it as it may, truth they say can never be hidden, despite the conspiracy and the many lies told by these group of people against this one man, with the purpose of making him to be hated, he is still being loved and accepted generally by people who have experienced the milk of his humaneness, from Obot Akara to Ikot Abasi, from Ibeno to Itu, from Eket to Ibesikpo and across the width and breath of the state and beyond. Last month I was in Abuja, just informing the Uber driver where I am from, the man eased and went on to tell me of the unpardonable mistake we, the people of Akwa Ibom state made in trying to rubbished and water down the accomplishments of Senator Godswil Akpabio. The Barrister, turned Uber operator, who is from Borno state, though a member of PDP, an opposition party to the party Senator Akpabio belongs, emphatically revealed to me that the entire North put together would give whatever it takes to have a leader like Akpabio for at least just a term, irrespective of the party he belong.

I guess we in Akwa Ibom, most especially our leaders, are like the Jews, who despite having a Messiah of the world rose from among them, refused to recognize him, to the extent of delivering him up to death. But you know what, in the midst of the many lies and twisted narratives, we still have many who haven’t bought lies and have rejected the devil’s philosophy and lies against Senator Akpabio. And the taxi driver I boarded his taxi yesterday from Ikot Ekpene to Uyo is one among many. The taxi man, who told me that he is from Itu LGA, emphatically described the Annangs as fools and the Ibibios as the bigger fools for hating and working to destroy the legacies and achievements of a man who brought light to the state and his people. The man went on to identify the numerous projects across the state, senatorial districts and local government areas, that if not for Akpabio and his penchant for development across board they wouldn’t have been achieved.  He also said something else I wouldn’t you telling people, he placed a curse on everyone that want to see Akpabio’s down fall, adding that, “they would never see their salvation when it comes.
at December 09, 2019