FAKENESS ON SOCIAL MEDIA, BOYS LEFT GIRL STRANDED AFTER SIGHTING HOW UGLY SHE WAS FROM AFAR

“I want you to love me for who I am, not for what I am”, Eddy Murphy replied a lover he had spend days, weeks, or perhaps months trying to woo in his evergreen Hollywood movie, Coming to America several years ago to before the advent of the social media. Originality, genuineness and not fake love coded in fake appearances and perceptions was what he was looking for. 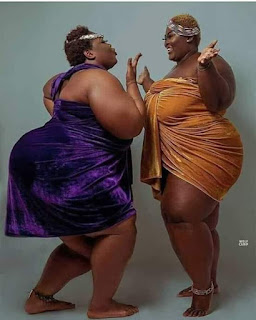 A lady, yesterday, was left stranded under the fly over bridge at Itam round about, Akwa Ibom state by two guys, whom, one of them was only on escort duty to his friend, who had been charting and making arrangements all along to see facially for the first time, a lover he met on the facebook social media platform. According to a Keke Napep operator, who asked that his name should not be mentioned, these two guys had boarded his tricycle (Keke Napep) all the way from Udo Umana, another axis of the state all the way to the flyover’s under bridge round-about to see his lover, whom he was telling his friend how prepared he was for her and how he was going to spend the afternoon. The story has it that when they got to a spot at the round-about, he was directed to park, while the guy removed his phone and placed a call and asked “where are you Horny”, while he watched one lady standing by the road side not far away from where the Bike (Keke Napep) was parked. they watched as the lady took her phone to her ear, suggesting she was the person he was calling, and without wasting any time further, he asked the Keke Napep rider to ride on toward the Plaza, Ikot Ekpene Road, living the lady stranded, as he cursed and bear his friend taunting and making jest of him all the way.

Aside the many ills and disadvantages associated with social-media, which includes: the peddling of falsehood and people with ulterior motives hijacking and using the medium to fan trouble with the intention of disrupting the sanity of people’s lives, fakeness is another huge aspect of the challenge that the social media revolution of our age has introduced into the reality of our time. This is so and made possible because human naturally loves good thing and love to look good. And with many artificial enhancers to enhanced people’s look nowadays, we now have all manner of beautiful pictures of everyday ordinary people trying to look extra-ordinary permeating our space, must especially the female folks. As we hide under products that enhances us and its fakeness, we also live with the reality of the revelation of our genuineness one day, as what goes up, must surely come down, and as Bob Marley said in one of his hit tracks, “You can fool some people sometime, but you can’t fool all the people all the time”, meaning every day for the thief, only one day for the owner.