Miss Tourism Broke Down in Tears.

Someone once said, "philanthropy necessary. Never respect men merely for their riches, but rather for their philanthropy; we do not value the sun for its height, but for its use" 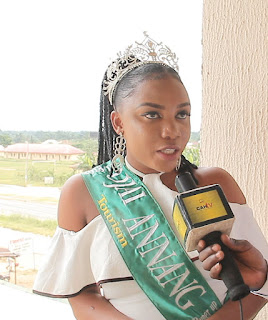 Overwhelmed by the emotions that some of her compatriots and fellow young people could be without parental care and love from their love ones, Miss Tourism, the 2nd runner up of the Ujai Annang Beauty Pageant 2018, Adada Hosanna Jesse Jackson, yesterday, broke down in tears at the government’s children home, a less privileged and orphanage home in Ikot Ekpene. Queen Jackson who was on a charity visit she christened “Independence Charity Tour”, a selfless undertakings she said is to celebrate her independence day celebration with the less privileged, whom she noted would have wanted to be out there with the entire citizenry of Nigeria to celebrate this significant day in history which our country was liberated from the shackles of colonialism, but for the condition they found themselves, which she also pointed out wasn’t fault of theirs. The Queen, who couldn’t hold back the emotions, broke down in tears and sobbing, as she admonished the inmates to keep hope alive and never to seize praying, “as prayers changes situations”. 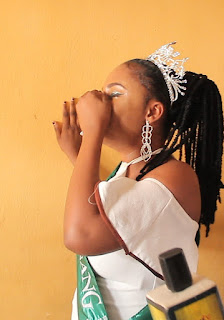 Appreciating the efforts of the care givers and matrons at the home, the Ujai Annang Beauty Pageant’s 2nd runner up and Miss Tourism 2018 prayed that God rewards them for their patience and efforts toward looking after these special people. Queen Hosanna also called on government, well meaning individuals and organizations to always remember these sets of people and others like them in our society.

Speaking concerning her office, as the Miss Tourism of the Ujai Annang Beauty Pageant, Adada Hosanna Jesse Jackson called on the general public, both those abroad and within to see and appreciate the huge tourism potential that is domiciled in the Annang Festival of Art and Culture (AFAC), which she said has grown beyond our shores, and is making en-route toward becoming one of the most interested Art and Culture festival in the world. She called on Akwa Ibomites, most especially sons and daughters of Annang to support the activities of Nto Annang Foundation (NAF) to continue to unite the Annang nation and to show case her beauty and glory to the other part of the world. The queen also took time out to appreciate the Nto Annang Foundation, and her President, (Abom) Ephraim Okon for giving her the opportunity to realize her dream. She also extend her thanks to her parents, siblings, and the 1rd runner up and Miss Peace Ambassador, (Emmem Annang), Queen Ufok Obong Paul Ibara, who accompanied her on the “Independence Charity Tour”. She promised to come up with many more noble initiatives to promote tourism in Annang land before her tenure elapses as the Miss Tourism of the Ujai Annang Beauty Pageant. Ujai Annang Beauty Pageant is one of those initiatives of the Nto Annang Foundation (NAF) to identify, groom and give opportunities to Annang damsels to be responsible and be part of the development of their society.