ELISHA AND ELIJAH; THE LOVE STORY YOU HAVEN’T HEARD ABOUT BEFORE (Prt 1)

"In the night i heard them told the cruelest story ever told, someone found along this road, who loss his soul to a woman so heartless"....... Kanye West


Elisha is an Ikot Ekpene man, born and bred in Efik land, his father was one of the land and properties’ owners of Calabar municipal, his father was an Efik man, having been borne in, and shares the same state, Cross River state with Efik people and others, known and referred as Calabar people of Nigeria. 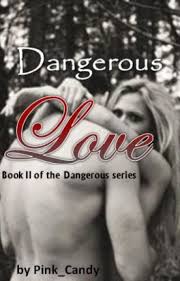 Elisha, a young rising Bull, with all the excitements and the unrestraint stupidity of a school young star, met Offiong, an Oron girl brought to the city by her eldest brother, a super market operator there in the municipal from same state as Elisha, his father and other Calabar people. One thing led to one thing, Offiong, whom as at this time, hadn’t known no man, except for the one and first time Elisha did, whatever it is that he did to her, that resulted to her finding herself pregnant, was negotiated to stay put with Elisha to bear her responsibility till she delivers, after which, whatever is going to be done that needs be done, would be done and looked into as the feature unfolds.

Before Offiong put to bed, same thing that led to one thing 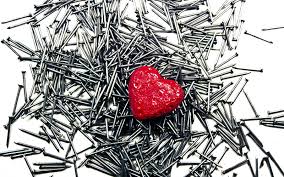 After Offiong luckily put to bed, Elisha and his father, considerably, considered Offiong’s academic background and history, decided to sponsor her through a Beautician training instead, setting her up in the municipal afterward, even as she grows and become large, having as clients, all the top shots and the rave makers of the municipal, including students coming for internship to learn one beauty skill or the other.

Elisha, who was now in his 300 level in the University of Calabar, had, along with his father and his people, visited Offiong’s original guardian, not her eldest brother who brought her from her Oron native to the state capital, to intimate them of their son’s intention to officially do the needful that would see to their daughter becoming their son’s and their wife, and there was no problem nor objection at all about that, as they look forward to the fixed date.

Some little more years after, Elijah, Elisha and Offiong’s son was in primary three, offiong had requested simply that she had to travel to her native home, Oron to see her mother, with a promised to return after the interval of two weeks. Elisha hued his little family and source of happiness into his car and drove them to Marinna, where they boarded the speed boat and take a shot cut to Oron within few hours, instead of taking the road and spending the entire day travelling through the state. He bided them goodbye and returned home to count on days, as he waits their returning in two weeks time as planned. To his greatest surprise, heart break and disappointment, Offiong announced through the phone to her one and only love that she isn't coming back, as simple as that.

Elisha thought he didn't hear her well initially, and later thought she was just pulling his legs, but it is true, Offiong wasn't coming back again, abandoning her Beauty studio, her fiancée and father of her son, and it was only when she cut the phone off Elisha, with such venom, and meanness that fit only to served on a stranger who is over stepping his boundary, that Elisha knew he was into some crucial mess. He cried and begged her to return for days, he joined prayer bands, prayed and kept vigils that his love should returned to him. He starved, losing apatite, emaciating and gradually falling into the abysmal pit of depression, becoming a drunk, searching where he didn't measured well, that his one and only precious thing should leave him. He was dying. He sort audience with Offiong’s eldest brother who was still doing business in the municipal and he offered to travel home to check what was the problem, as, despite Offiong’s getting pregnant mistakenly, he knows and can vouch for his sister, she isn't a woman of cheap value, so he embarked on the journey, only to returned after a day, and simply admonishing Elisha to go and get his son, Elijah and trained him personally, if at all he was still interested…..
to continued next week