Senate President, Senator Ali Ndume Set on a Collision Course with His Party

After a term in power and recently winning a second term, one would have thought that the ruling party in Nigeria, the All Progressive Congress (APC), would rid herself off “The congregation of strange beds fellows’” tag that was once put on them as a label.

Alhaji Ali Ndume, former Senate Leader, and Senator representing Borno South Senatorial district is set on a collision course with his party, The All Progressive Congress, following his released of his nine-point agenda as a candidate of the Senate President of the 9th National Assembly come June 9th in violation of his party’s national Chairman, Adam OShiomole and party leader, President Mohammadu Buhari (PMB). It would remembered that the All Progressive Congress, (APC) had of last week released a statement in support of the Senate majority Leader, Senator Ahmad Lawan as the next Senate President and Rt. Honourable Gbajabiamila as Speaker of the House of Representative respectively. 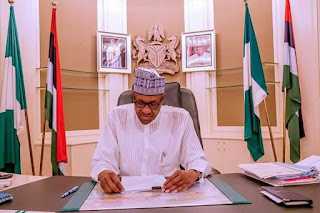 With this position of the former Senate Leader, many awaits to see how scenarios would yet play out gain, following a tumultuous 8th Assembly, who were constantly at logger head and in disagreement with the Presidency and the party, a situation many attributed to the violation of party’s supported candidates, as Dr. Bukola Saraki and Rt. Honourable Yakubu Dogara emerged Leaders of the two arm of the National Assembly respectively, as against the party’s preferred choices of Senator Ahmad Lawan and Rt. Honourable Gbajabiamila. The violation led to the implosion and the constant disagreements that affected the performance of the APC government in their first term spell as the ruling party, as the Presidency and the 8th National Assembly never see eye ball to eye ball in many issues affecting the country.