Mr. Ekong, who had watched helplessly as his boss, Senator Godswil Obot Akpabio, the Senator representing Ikot Ekpene Senatorial district of Akwa Ibom state at the red chamber and former governor became a target of fake news peddlers in the state, prior and during the recently concluded general election, couldn’t take it anymore, as he slide to the comment section of the said post on the facebook timeline of the fake news peddler to reply thus, 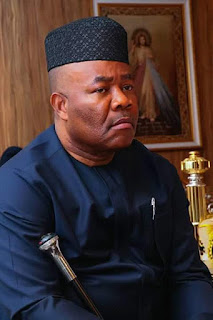 The Media Aid to Senator Godwil Obot Akpabio, Mr. Anietie Ekong, in what looks as “haven had enough” of the flagrant abuse of privileges, disregard to media ethics and infringements on the rights of others, as characterized in Akwa Ibom state, most especially among PDP hired social media hands, took on a social media user, Jerryz Edoho, who posted a disparaging post on his timeline against his boss, with the caption “I WILL WIN AT APPEAL IF TRIBUNAL JUDGES REFUSE TO PERFORM - AKPABIO
...SAYS APPEAL COURT PRESIDENT IN HIS PALMS”, a post insinuating that Senator Akpabio was heard boasting that he would reclaimed back his mandate at the Supreme court, if the tribunal refuses to grant him his prayer, as he has the supreme court judges at his disposal to do his biddings.

Though Mr. Ekong did not let us know if they would explore the option of the court nor lodge a libelous complain with the police against the libelous tirade of Mr. Jasreal Idoho, who had already received several cautions and knocks from the comments on his sensational, unprofessional and immature post, but didn’t minced no word, as he called out the poster, and reminded him of previous incident of this nature that landed him in trouble with the police, if not for him, (Anietie Ekong) that stood in for him and signed his bailed and freedom bond!
Jerryz in his latest unprofessional, immature and foolish undertakings had posted the following assertions against Senator Akpabio, which elucidated his media aid, Anietie s reprimand. 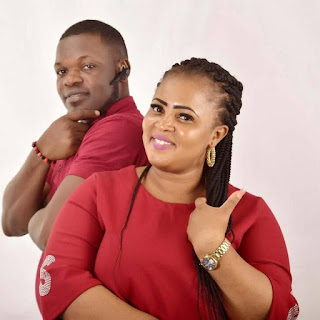 “The defeated former Senate Minority Leader, Senator Godswill Akpabio is back to his devious and boastful ways, assuring that with or without the tribunal in his favour he already has the judgment of the Court of Appeal.
Exclusive information made available to our reporter has it that Akpabio is using fake photographs purported to represent violent situations in the State in order to have the venue of the Election Tribunal moved from Uyo, the State Capital to Abuja.
The fake pictures are said to have been manufactured by his devious cohorts and have found their way to the Vice President Yemi Osinbajo.
The embattled senator is also reported to be boastful that he will singlehandedly influence the outcome of judgment when the case gets to the Court of Appeal.
“I have already received the assurance from the husband of the President of the Court of Appeal, my dear brother and our party-the APC Senator-Elect for Bauchi North Senatorial District, Alhaji Adamu Bulkachuwa that he will prevail on the wife, Justice Zainab Adamu Bulkachuwa to change the tribunal members and ensure that only those who are sympathetic to the APC will be made members of the tribunal.
"As I speak, I have the names of those who would be made members of the tribunal and the President has approved of it”, Akpabio was said to have bragged to several people.
In their reactions, some people in Ikot Ekpene senatorial district wondered why Akpabio has failed to realize that he was rejected and beaten fair and square.
They also queried why Akpabio is unaware that the people of Akwa Ibom State have made their choice and the choice was done at the polls that were adjudged to be the freest and most credible and transparent election ever conducted in the State.
"Why is Akpabio playing with the destiny and the will of Akwa Ibom people, when the people have spoken and made their choices known as to those they prefer to lead them?
"Akwa Ibom State is the most peaceful State in the nation. It is a known fact that throughout the electioneering campaigns and the election proper, no single life was lost. In spite of the intimidation and harassment from security agencies, the people were civil and resolute in ensuring that they voted for the candidates of their choice.
"Manufacturing fake pictures purported to depict violence during the election is the high of desperation and hypocrisy and the world must be put on notice, Chief Eno Akpan opined.
On his part, Elder Okon Obot maintained that, "after boasting that the elections will be conducted in mere three hours and that he will deliver the state to APC and indeed the South South, he is again boasting of ensuring the outcome of the judgement at the Appeal Court level. He is boasting of using the APC Senator –Elect for Bauchi North Senatorial District, Alhaji Adamu Bulkachuwa whose wife, Zainab is the President of the Court of Appeal to not only have only Justices who are sympathetic to the APC , but that he will single handedly influence the judgement in favour of the APC. How ridiculous.
Another statesman in Ukanafun, Obong Edet Umoh said, "as always, he has thrown the name of President Buhari into the equation, Godswill Akpabio should be humbled by his defeat and rejection by his people and stop playing God. Akwa Ibom people have made their choice; he should and MUST respect the choices the people had made.

Mr. Ekong, who had watched helplessly as his boss, Senator Godswil Obot Akpabio, the Senator representing Ikot Ekpene Senatorial district of Akwa Ibom state at the red chamber and former governor became a target of fake news peddlers in the state, prior and during the recently concluded general election, couldn’t take it anymore, as he slide to the comment section of the said post on the facebook timeline of the fake news peddler to reply thus,
“it is unfortunate that you're the one posting this piece of thrash.
Recall that sometime in 2017 you were arrested and whisked from Eket to Abuja on similar charges of peddling fake news. Recall also that even though I had never known not met you before in my life, I came to the Police headquarters in Abuja and pleaded for you, utilized my contacts to work for your release from detention and personally signed surety for your bail after some days in detention. So sad to know that you're still continuing in the path of peddling fake news. My advice to you is to desist from this ignoble path as the consequences may not be pleasant. Just my one cent”.