Politics And The Nation

Integrity they say "is a rare commodity you shouldn't expect from cheep people" and truthful dealings is an outdated virtue in our society today, talk less, within our Nigerian police force, which has been known and accepted by all citizens as the final head quarter of corruption. To now have the Kano State Commissioner of Police, CP, Wakili Mohammed from that constituency, flagging integrity flag, speaks volume. 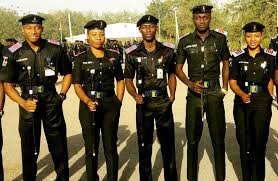 Ever since the news broke out that he stood his ground and insisted that the right thing prevailed in the recently concluded Gubernatorial and State House of Assembly election in Kano state, the most populous voters' demography in Nigeria, everyone in the country have been trying to find out who this man, CP Wakili Mohammed is, and what is he made up of? In fact with this feet and testimony, many would have to swallowed and hide their faces in shame, as they look back into their postulations that all Nigerians or all police men and women are criminals. With this, the affirmation that corruption is relative and an individual thing would be reinforced. Thanks again to CP Wakili Mohammed for proving to the world that we still have people like him of integrity in the country. 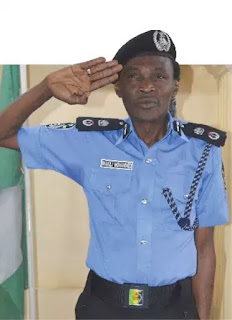 Taking a quick peep into CP Wali's professional career, we found out that Alhaji Wali has come a long way, working in such sensitive places that required uprightness and competence. The no nonsense Police CP, who was reported to have damn all consequences and trampled the fear of being excommunicated by the powers that be, as he dared and arrested a sitting deputy governor and local council Boss that were all carrying out the bidings of a sitting governor on Saturday, was one of the pioneer detectives that manned the detective department of the country's Economic and Financial crime Commission, (EFCC) when it was first and newly inaugurated by the then President Olusegun Obasanjo, who insisted that probity and accountability must be the watch word of the country's financial crime body. and little wonder the EFCC then, under the leadership of Alhaji Nuhu Ribadu remained the best and the most effective in the history of the country.

Not too long ago in a video that went viral, the no nonsense and integrity flag police officer was seen making case for the prevalence of drugs in the society. Though it wasn't his argument on the growing increase of drugs in every nooks and crannies of the society that caught people's attention, it was the manner and the gestures he was making, that could make people passed him for one of those KannyWoods actors, of the Hausa extraction. We also discovered that CP Wakili was recently posted from Katsina state, the home state of the President, PMB to Kano state. According to a report obtained from daily Nigerian news paper about the gesticulations of the now trending CP in the viral video

"Mr Wakili’s dramatic gesticulation and affirmative tone in a video last year drew funny reactions on the Internet.
“Drug abuse is prevalent in the society,” he said in the video.
“Everywhere is drug abuse, everybody complains about drug abuse. Men abuse drugs, women abuse drugs, adult abuse drugs, children abuse drugs.”Kano State often tops the chart of drug abuse in the country", Cp Wakili Mohammed was reported to have pointed out.

But while we celebrate CP Wakili Mohammed, lets bear in mind that he has less than three months to retire from service as the law stipulates, and we can only pray and wished that he has raised for himself trusted and dependable disciple, who would live his legacy and continue in his example, until the Nigerian Police force is completely sanitized to where we can all trust her. And until then, CP Wakili would remained a fry in the pan