Col Sagir Musa, Needs for the Army to Catch Up With Internationally Acceptable Best Standard

“All these bloody civilians are criminals, your eye go see pepper today”,
Phrases like this above is not new in Nigeria and many parts of Africa, as a matter of fact we have come to accepts, rephrased it and used it in several versions, yet not losing its origin nor what it connotes. Welcome to Nigeria and Africa, where the Army and anyone with the gun is the master. 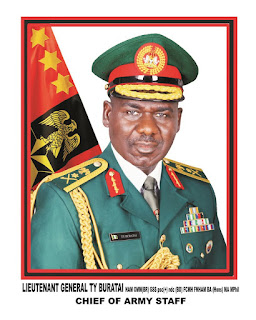 Our military and her managers must be made to know that respect for human right and the constitution of the country is an integral aspect of any progressive and legitimate democratic government, they must be make to also know that subscribing to be a member of the United Nations and a civilized world means you must also subscribed to the internationally accepted best practices, and that having a gun and wearing a uniform doesn’t in any way confer you with the right to molest, circumvent and abused the rights of citizens at the slightest provocation. As a matter of fact, being a soldier doesn’t make you more a Nigerian than others.

I watched with nostalgia this morning on African Independent television, (AIT), as the Nigerian military spoke-man, Col. Sagir Musa, who was called up on a morning discussion programme, labored in vain to defend the indefensible, guilty and a highly primitively and unprofessionally behaved army in a 21st century. We see these kinds of acts on daily bases on Nigerian streets, as military and uniform men form commandoes with their fellow citizens, stripping them naked, beating and dehumanizing civilians. It is very funny and an irony that the military managers, their commissioned officers, like our politicians do travelled abroad, see how things are done and what is obtainable elsewhere, yet when they arrived here they condoned and encouraged all manner of appalling behaviors among their rank and file against innocent and armless citizens. 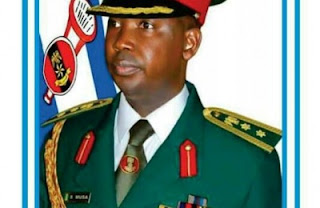 According to the constitution, the role of the military are clearly spelled out concerning election and they are not suposed be involved directly in electioneering affairs, but often time as we know in this country, politicians who want to perpetrate their criminal and electioneering banditry, always find a willing ally in the Nigerian army personnel, and their leaders often ok it. In fact, shame on the army as witnessed in PH, the River state and other states’ capital over the weekend, during the Gubernatorial and state house of assembly election and during the Presidential and National assembly election respectively.

I think it is high time the Nigerian people, through legislative frame work, protests against the inhumane treatments of citizens by the military, police and anyone in uniform, who uses arm. The Legislators should set up an independent human right board to check-mate the activities of men in uniform in this country.