Redeeming the time, a condemn criminal's espionage revelation that is unsettling the big and the mighty. 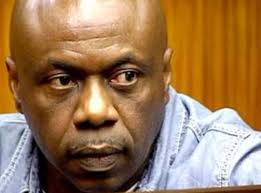 Remember Charles Okah, the 2010 Independent day bomber, who barked life imprisonment and currently locked away in Maiduguri maximum security prison, he has yet again found a way to make himself useful, even as he serves his term. The notorious terrorist, who bombed venue of the 2010 independent day celebration in Abuja, the capital and killed several people, has gotten government on their toe with his espionage under-takings that exposed all many abominable atrocities going on under ground the Nigerian prison service, a place people are supposed to go and get reform, but being, even deformed instead.
According to report obtained and reported by Sahara Reporters, sent to human right lawyer, and Senior Advocate of Nigeria,(SAN) Mr. Femi Falana, Charles Okah appealed to the legal luminary to as a matter of urgency institute a fundamental human right suit against the federal government, ministry of interior, the minister, Gen. Danbanzau (rtd) and the comptroller general of prison as defendants. 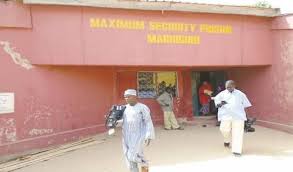 In a  31-page piece entitled ‘Sodomy of Children in Maiduguri Prison and The ICRC Conspiracy of Silence’, released on Friday, March 22, 2019 by Charles Okah, captures how inmates of the prison are often subjected to illegal and abusive immoral dealings as it thrives in the prison, even to the detriment of the life of the victims, “sometimes with the cooperation of prison officials”, the document stated.
“MMSP is divided into four separate compounds: Clusters 1, 2, 3 and 4. Clusters 1, 2 and 3 are to accommodate men, while another “much smaller compound, ‘Gidan Mata’, is for the female inmates.”
I currently occupy Cell 9, Unit 1, Cluster 2 in MMSP.
For some reason, among the 71 persons on death row in MMSP is 13-year-old Suleiman Salisu, who bludgeoned his father to death as a way of saying ‘no more’ to being sexually defiled. The older Salisu had been defiling his son since he was five years old, an action he took after sniffing glue. However, according to Okah’s account, Suleiman’s maternal uncle, Usman Durkwa, who is also Deputy Governor of Borno State, had told the teenager to say during trial that he killed his father because he was unhappy with his sniffing glue.
However, Suleiman, like his peers in prison are far from safe as they have become victims of sexual molestation by older inmates”, the document explained, as reported by Sahara Reporters. 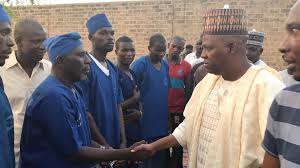 Meanwhile, the Governor of Borno State, Alhaji Kashim Shetima however, have constituted and would be inaugurating tomorrow, an investigative panel to look into the report, most especially of child prostitution, Sodomy and forceful abortion. Shettima who announced this in a twit, said the panel is to be chaired by the State's attorney general and commissioner of justice, Barrister Kaka Shehu Lawan while the permanent Secretary, Ministry of women Affairs and social development is to serve as Secretary.
Below is Governor Shettima's twit using his verified handle:
I just came across this disturbing story reported by usually credible @saharareporters. I am immediately setting up a committee under the chairmanship of the Hon. Attorney General and Commissioner of Justice alongside some key officials to visit the prisons; meet officials, investigate and report to me as soon as possible.
Members of the Committee are:
1) Barr.K.S.Lawan,A.G& HC
2) Hauwa Mai-MUSA,P.S.Women Affairs Min;
3) Barr.Mohammed Umaru,Chairman,NBA,Maiduguri,
4) Barr.Amina Mustafa Ibrahim,Chairperson,Federation of International Women Lawyers,FIDA
5)Representative of the NPF;
6) Representative of the DSS;
7) Representative of the Comptroller,Nigeria Prisons Service,BORNO.
8) Jummai Usman Mshelia,State Coordinator,National Human Rights Commission.
The Permanent Secretary, ministry of women affairs will serve as Member/Secretary.
Insha'Allah, I will inaugurate the committee at 11am on Monday.