2019, BUHARI’S RE-ELECTION IS A DONE DEAL, A REVELATIONAL ENCOUNTER OF A MAN OF GOD


Amidst endorsements and counter- endorsement of presidential candidates by groups and individuals ahead of the February 16th, 2019 presidential election, a man of God from Akwa Ibom state, the home state to the un-common defector, Senator Godswil Akpabio, has prophesied that President Mohammadu Buhari will win the election with Atiku Abubakar coming far behind him.

The Founding President and Senior Pastor of Godswil for All Nations Ministry Inc. Revd. Godswil J. Mendie made this declaration in a release made available to newsmen in his country home, Utu Abak, Abak LGA, Akwa Ibom state.

The release simply tagged: “PRESIDENT MOHAMMADU BUHARI RE-ELECTION, A DONE DEAL”, President Mohammadu Buhari’s re-election a done deal, simply referred to a divine revelation that came to the man of God on the 2nd month of 2017, during a weeklong fasting and prayer exercise for the country. Revd. Mendie disclosed that barely two years into President Mohammadu Buhari’s  present first term tenure in office, God revealed in a dream to him that Buhari’s re-election for a 2nd term in office was indeed a done deal in heaven. 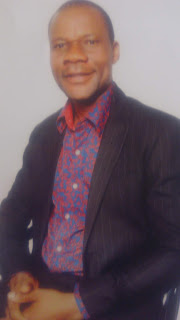 The statement reads!
In that dream, I saw a gathering of selected Nigerians and three prominent leaders including, President Mohammadu Buhari, former Vice President, Alhaji Atiku Abubakar and President (Dr) Goodluck Ebele Jonathan. They were to compete in filling up an empty glass of water with water, supervised by a white man and other observers. President Goodluck Jonathan was first called, and his attempt only brought the water to half level of the glass cup. The statement went on to state that President Buhari’s turn to fill up the glass was interrupted by Alhaji Atiku, who unilaterally picked up the microphone and said “Your Exelency, I know it is still your turn to fill the cup but let me help you”. Considering Atiku’s action as an attempt to violet due process,  the released stated that the White man in attendance quickly stopped him, took over to fill the glass himself and the water overflowed. At that time, the other observers in the hall started to clapped and chorused in unison, Buhari carry go! Buhari carry on!
The man of God comment President Mohhamadu Buhari for his uncommon leadership of the country, especially in tackling corruption at every level. Rev. Godswil encouraged to continue in his good works, assuring the President of the prayers of men of goodwill across the country.