INDECENT PROPOSALS, THE HEADACH THEY OFTEN LEAVE BEHIND AND HOW TO AVOID THEIR PITFALLS IN 2019! L


Like the 1993 American drama film, featuring Robert Redford, Demi Moore and Woody Harrelson, in which a married couple’s relationship is put into turmoil by a stranger’s offer of a million dollars for her to spend the night with him, holding onto what you have in a relationship can be more assuring no matter how long it takes to make it realistic than the inanimate ambition of chasing what you are missing which you haven’t tried. Often than never, we always end up chasing shadows and ending up losing both sides. 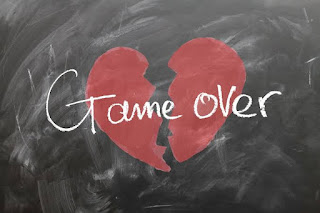 Jane is a graduate of Micro Biology from the Michael Okpala University of Agriculture, Abia State, she returned from the mandatory one year of serving the nation, National Youth Service Corp, (NYSC) three years ago with bolstering hope of tightening the knops with her long term heartthrob, Wale, who is equally a graduate of computer science from Federal Polytechnic, Okoh, Anambra State respectively. Jane and Wale are actually child hood lovers, who started experimenting their relationship while in secondary school and weather the storms of adulthood and distance as a result of the both of them having to school in different places. Jane is a pretty, well built lady with the back side that makes men turned in admiration, women like her not left out.
After ten years of dating, their relationship can only be said to be stronger, both trusting each other and holding each other in great confidence. Not that there hadn’t been instances of temptations associated with socials and pair pressure as witnessed in the four walls of our high institutions, but Jane, because of her “at home” love with and for Wale, she’d always overcome, and that to some extend had sustained her and their relationship this far.
Then suddenly, this fellow from nowhere which she knows and he knows next to nothing about started dropping and picking Jane up with his beautiful ride. She spends more time with this American returnee fellow, son of a very prominent rich man in the state that many feared for Wale and the beautiful envious relationship they used to have. Initially she’d lived in self-denial and often questioned her friends and those who care “WHYCAN’T IT BE POSSIBLE TO KEEP A MALE FRIEND WITHOUT PEOPLE INSINUATING THAT YOU ARE HAVING A PLATONIC RELATIONSHIP?” Wale who was not living in the same neigbourhood with Jane and wasn’t privy to the ride’s treat his fiancée was getting from another guy, richer than him and treating his woman better than he does could only sensed something was wrong when the frequent text messages and calls proclaiming her un-rivaled love for him from her started dwindling. But after denying and covering it for too long, she let the cat out of the bag and dropped the bomb on Hiroshima, breaking Wale’s heart with the bad news and going philosophical that he takes heart, that that was how God who knew the end from the beginning had predestined it to be. She was off with our Mr. Money and richer guy. 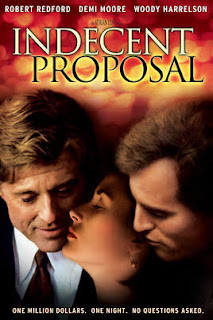 A year and three months later, Wale met Evelyn and one thing led to another and they tight the knops and they’re married, while Jane, in her thirtieth years have been dumped by her “sweep me off my feet” dream man, without nothing to hold onto, as she seeks for anything she can just lay her hand on, sensing the time ticking away fast.
Jane now wakes up and walks to her mother’s shop without the ride that used to drop and picked her up, as her Money man had returned and hooked up with his oversea woman and they are happily married. Jane has so emaciated, losing those voluptuous backside and robust health that used to be everyone’s delight.

1. Mr. Money man just wanted fun and Jane became his fun giver and as far as he is concern he paid for it, his money gave him the fun he wanted shikena’n!
2. Jane was greedy and not contented with the little Wale and her mother were representing for her
3. She thought she could service and handled the two, without coming to term that one can’t serve two masters, or run with two things at a time
4. She wasn’t upward in her thinking
5. At a time Jane probably forgot what she was holding and working on and started thinking and wanting ready made
6. She realized late that she has been used
7. She has loss the one bird in her hand that was hers, chasing forty in the bush
8. She is now miserable, thirty and scared she might not have another man.
9. You have to built and nurture your relationship, as all that glitters is not always gold.
Etc.

HOW TO AVOID THE HEADACHS CAUSED BY THE MONEY MEN!

*Always keep what you have got
*Never you cry for what you don’t have, but with patience, set your target and work toward the things you want.
*Relationship that always lead to marriage is usually grown
*Have your steady and only date, grow and mature with him or her when you are in your very early twenties to twenty three years, knowing that once you are in your late twenties and above (if you are a woman) men would not readily trust you much to built something lasting with you. And you might be left to only service other women’s husbands and politicians when they need that pleasure away from home.
ADVICE YOURSELF! A WORD IS ENOUGH FOR THE WISE
ADD YOUR OWN AND RECEIVE SENSE FOR YOURSELF.
at January 16, 2019