It was a moment of solemnity in agreement, the priest stood to pronounced a damning curse and a call of doom on her fellow members of the priesthood calling,for what she termed as treacherous dealings and corruption among the men and women of the levite constituent.


Bishop Evelyn Egah, the founding and presiding Bishop of the New Birth Bible church, located in Uyo, Akwa Ibom state has come out hard on all the clergies from Akwa Ibom state, who benefitted from former Governor, now Senator representing the Akwa Ibom North-West, Ikot Ekpene Senatorial District, Senator Godswil Obot Akpabio, but now turned to align with people who wants him death or reduced to nothing. 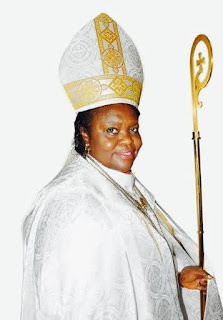 The Lady Bishop who was speaking to the mammoth congregation at a solemn Assembly organized by the former Governor and Senate Minority leader at his country home, Ukana over the weekend to kicked start his campaign for a second term at the red chamber, pointed out that it was Akpabio in the history of the state and her leaders that first removed a whopping N100M from the first N10B the state received as allocation in his time and shared among the churches to shore up their advantage which they never had compared to clergies elsewhere. Bishop Egah opined that it was that money the clergies received from Akpabio that most of them in the state used in building and developing their churches, homes, as well as bought cars for themselves and changed their status. 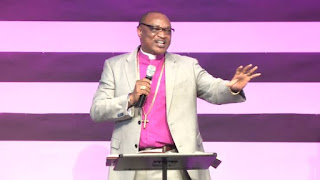 Bishop Egah declared that the prayers of the clergies would not be answered, except they demolished all the churches and houses they build from the proceeds they received from Akpabio, returned all the monies and vehicles before their prayers could be answered. Bishop Egah also pointed out how the former state chairman of Christian Association of Nigeria (CAN) Arch Bishop Cletus Basey monopolized and dubiously shared the money, cheating others.
at December 10, 2018