THE SOCIO-ECONOMIC ADVANTAGE OF AKPABIO’S MOVE TO APC TO AKWA IBOM STATE FROM A VERY NEUTRAL PERSPECTIVE.

visionary leader is one who creates and distributes wealth to his people, irrespective of what the stingy people among him say or thinks. 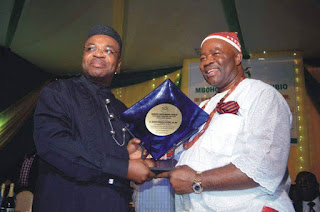 Monopoly and doing a thing same way all the time could be boring. It could put a hinder on creativity and it can stunt development. That’s why it is ok that the flow of things are scrambled sometimes, as it provides the challenged that gives room to the birth of new ideas and the capacity that opens one’s up to limitless growth. A visionary leader is one who creates and distributes wealth, irrespective of what the stingy people among us say or thinks.

People see things differently, depending the side they belong. The APC, the PDP and their supporters, they all have a side they look at things from. While others jubilate and praise “unfolding” from both camps, others cursed, criticized and seek the incarceration of an opponent. That’s politics. 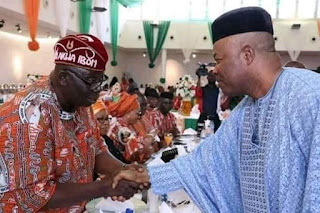 Apart from the civil servants, who’re probably the only people who don’t give a hood on whether Akpabio remains in PDP or he moves to APC, as long as at the end of thirty days, whoever is in government, either PDP or APC, would have to go and look for their salaries for them anyhow from anywhere. But not so for the PDP government appointees, their spouses, girl friends or business partners and all the other fellows that benefits from the status quo of this administration, as they are all sure kicking, rumbling and threatening doom against the action of the former Governor and Senate minority leader. And on the other hand and contrary to those benefitting from the system, the ordinary man on the street is having a kick and a ball from the departure of the former Governor from the People’s Democratic Party, (PDP) to the All Progressive Congress (APC), even without knowing sometimes.

While the former Governor’s latest political move sure shakes the very foundation and so much scrambled things beyond what we can imagined for those benefitting from the system, as their bread and butter are threatened, the majority of the down trodden, and those who now would automatically become relevant in another place where things are happening are the immediate beneficiaries, and they would never mind that Akpabio should move again and again. Even those that are kicking against the switched, they also now stand to gain and benefit, as suddenly, the money they said was not available for projects and for the welfare of indigenes are beginning to be released. Once again, there is money in the hands of lot of people, economic activities are booming again and people’s purchasing power in the state has suddenly increased. This to my and understanding of everyone is what the system need and we can only concur that there’s once again prosperity in our land, all thanks to Senator Akpabio.
To sum this up, whichever side you may belong, Akpabio’s latest political move came with lot of economic and social advantage to the state and to her people. ChooseToSeeThingsFromTheBrighterPerspective
at December 10, 2018