FORGET ETHNIC SENTIMENT AND OTHERS; AKPABIO IS A LEADER WE SHOULD ALL BE PROUD TO HAVE---- SENATOR ALOYSIUS ETOK.

A leader is one who keeps fighting with the magazine after the barrel of the gun has been shatered. 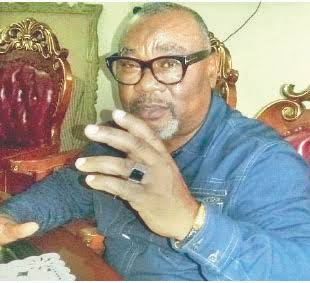 I never used to like him myself for unnecessary sentiments I can’t substantiate, even when he defected to the All Progressive Congress (APC), I thought of decamping to some other party, but after a careful scrutiny of his past antecedents and his latest activities, I came to the conclusion that this man, Senator Godswil Obot Akpabio is not just an Ikot Ekpene senatorial district leader, but a leader we all in this state, irrespective of our differences should be proud to have, as the man is simply selfless. If it was in other states, this man would have been celebrated”, those were the words of Senator Aloysius Etuk, a two time Senator of the federal republic.

Senator Aloysius Etok, speaking over the weekend at Ukana, the country home of former Governor and Senator representing Ikot Ekpene Senatorial district, Senator Godswil Obot Akpabio, at a solemn assembly to kick start Akpabio’s campaign called on and admonished Akwa Ibomites, irrespective of their ethnic differences and affiliations to shun sentiments and begin to engaged in politics of interest to the state, rather than dwelling on sentiments that is not moving the state forward. Senator Etok, who used Lagos state and the Western Nigeria to drive home his point, pointed out that politics should be played base on a careful scrutiny and analysis of what benefit a particular political party promised a people, not on the baseless sentiment of “We have always been so so and so party”, the Senator added.

The Senator warned those whipping up the Annang- Ibibio sentiment to desist forthwith and embrace Akpabio for the leader that he is, pointing out that he himself is Ibibio, not just an ordinary Ibibio, but of the cradle of Ibibio nation. Senator Etok called on the people of Akwa Ibom state to vote APC, as the party holds a lot for the people of Akwa Ibom state and the entire South-South.
at December 10, 2018