Why my Prophecy Can’t Fail, Any Prophet that Asked for Money before he prophesies to you is a fraud…Rev. Anietie Inyang.


Reverend Anietie Inyang, a prophet of God with the Salvation for the World Chapel fellowship, a none denominational gathering of Christian faith and anyone that believes in the power of Jesus Christ to safe humanity and not religion, has revealed why his prophecies never fails, even as the people now describes him as (Accurate seer) due to his ability to tell people exact things just as it is and sometimes things that would later come to be just as he’d said. 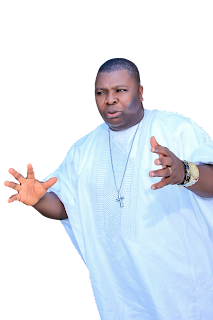 Revealing why he would never say a thing and they don’t come to past or revealed what is hidden by the power of God and it is not so as simply working under obedience and carrying out instructions just as the spirit of God directs. Rev. inyang who also revealed that any prophet that asked for money before carrying out any deliverance assignment on the people is a fraud, “as the gift of God is free, not by power, might nor by money”, the Reverend added.

Speaking during his weekly, Friday, fasting and prayer programme, title: “What Man Cannot Do God Can”, the Prophet of God admonished the people never to ever give up on life, as long as they are alive. The Reverend Pointing out to the congregation that every stage of life has its own challenges, which at the appointed time of its expiration, God would eased them off by His (God) power.

Taking his texts from the bible’s book of Genesis 36, and Psalm118: 17-22, the man of God admonished the people never to give in to what people are likely going to say against them in their difficult times, including people they thought were their friends, he reminded the people to always pray that God silence the mouth of the enemies and unfriendly friends by bringing testimonies.