STATE OF THE NATION; CAN VISITS BUHARI, DEMANDS FREE, FAIR AND CREDIBLE ELECTION, SINCERITY ON THE FIGHT AGAINST CORRUPTION AND OTHERS.

Christian Association of Nigeria (CAN) president, Dr. Samson Ayokunle and President Muhammadu Buhari met yesterday at the FCT, Abuja and told President Muhammadu Buhari that in clear terms that the ruling All Progressives Congress was becoming a safe haven for corrupt politicians. CAN in their summation asked the President to make the war against corruption total and non -discriminatory in order to rid the nation of the corruption cancer which has eaten deep into her fabric. 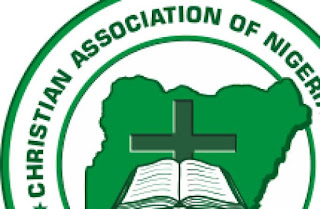 The CAN leadership which was led by her national Chairman, Dr. Samson Ayokunle , made the revelation of their meeting known after the meeting with Buhari at the Presidential Villa, Abuja, that , the wish of the people is for the war against corruption to be total and without discrimination, against the perception sent by the APC government that the ruling party is becoming a safe haven to some corrupt politicians in their bid to escape the trap of the Economic and Financial Crimes Commission.
CAN leadership were blunt in insisting that PMB must clear the negative impression that the anti-corruption was targeted at non -APC members .
It , however , commended , the government ‘s anti-corruption war , saying it had led to the recovery of some looted funds .
“CAN commends your boldness and courage in implementing the BVN and the Treasury Single Account system . There is no doubt that the two policies have greatly helped in sanitising the system , ” CAN added .


On the upcoming 2019 general election, the Christian body (CAN) asked Buhari to improve on the credibility of the 2015 polls that brought him into power by ensuring that next year’ s general elections are freely and fairly conducted. Specifically , the Christian body called for a Presidential Order directing the police and other security agencies to be non -partisan during the elections , adding that it was in Buhari ’ s interest to ensure that the performance of the Independent National Electoral Commission surpassed that of 2015.

The Christian body insisted the call for the Presidential order on the neutrality and the non partisanship of the security agencies became necessary, considering the level of desperation noticed with politicians in the recently completed inter-party elections that witnessed the emergence of respective party flag-bearers.

The Christian body didn’t forget to point out to the President and to recognized efforts in taming the Boko Haram insurgence by government, but the body called that more be done to completely stopped them from targeting soft targets, as well as to double the effort that would checkmate banditry in Zamfara and the endless killings by herdsmen in North central states, eg, Taraba, Benue, Nasarawa, etc