As the tension between Kremlin and Westminster keeps building, citizens of both countries have begun to feel the impact, as privates citizens with individual interest in the two waring countries are beginning to realized, how not in their interest the acrimony between the two European powerhouses. 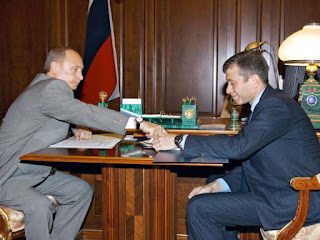 Russian Oil mogul and business tycoon, Roman Abramovich had had to settle for Israeli visa on Monday, as he was granted citizenship after encountering challenged in renewing  his British visa.

Mr. Ambrahamovich could not renew his visa following the frosty relationship between his country, Russia and London because of tension that built up following the murder of a British ex-Spy in what British described as the handiwork of Russia, and promised sanction as a retaliatory measure.

The Chelsea FC owner and billionaire, Roman Ambrahamovich, who is a Jew, flew into Tel Aviv on Monday and obtained document that qualifies him as an Israeli citizen, after it has been reported that the business mogul would have to explained his source of wealth before he would be granted another visa after the one he had had expired.

In a situation many perceived as the billionaire being the latest victim in the web of his  country and London, where he have business interest, Ambrahamovich was left with no other choice than to settle for the Israeli citizenship, which in a way would make his 's UK visa application which was taking longer than usual to process to be processed eventually.

It has been reported by Reuters that the UK government has declined to comment on the case.