Passenger’s Continuous Farting Caused An Emergency Landing of an Airplane.

A plane flying to Amsterdam Schiphol from Dubai was forced to land prematurely at Vienna because of uncontrolled farting by a particular passenger.

A Transavia flight attendant was called in to intervene by two men sitting next to an elderly man who wouldn’t just stop farting during a flight from Dubai to Amsterdam. The elderly man who wouldn’t restrained himself despite being called to order by his fellow passengers who were sitting next to him, ended up provoking the passengers to take law into their hands, until the flight attendant was seconded to the ugly imbroglio.


The elderly man started farting amidst the flight and wouldn’t bring himself under control,

By the time  the plane landed, the circle of those involved had swelled to five, the two offended people and two other sisters of Dutch and Moroccan decent, plus the farting man with more complications to the disagreement.

Four  passengers were told to step off the plane. Two of them were the disgruntled men, and the other two were sisters of Dutch and Moroccan descent. The Dutch lady threatened to sue the flight company for poor service including possible discrimination. Nora Lacchab, one of the sisters, says that their participation in this commotion was no more than sitting in the same row as the two men who were actually involved in the fistfight and are not involved in the disagreement. They accused the flight company of discrimination for associating them with the fight. Laccab who is a law student in Rotterdam described the whole ordeal as being one of humiliation, surprise and disappointment.

“How can we be treated like that just for having a seat close to the real instigators of the violence”, Lacchab fumed, saying she has no choice than to put this past prejudice. She accused the flight attendant of fueling the crises and for not anticipating the idiosyncrasies of Moroccans, whom she accused of having the penchant to be troublesome.

Meanwhile, the flight company has exonerated their staff of any wrongdoing, saying that their staff is well trained to know what constitute indecent behavior in a flight. 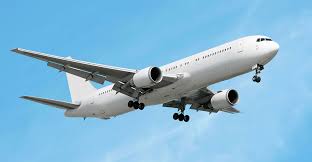 even after his co passengers expressed their disapproval to what they term as indecent behavior. Not even the presence of the flight attendance could dissuade the elderly man from continuing his insolence and inappropriate behavior, until the men were left with no choice than to take law into their hands, as they try to strengthen the old man out a little. Fist flew uncontrollably that the pilot have to call them to order which still wouldn’t stop a thing. The flight police tried, calling with his dog, as he tried making the fighters to step down, still they wouldn’t. it was at that point that the pilot was left with no choice but to touch down in Vienna.
at May 23, 2018