Barristers Monday Ubani, the second vice Chairman of the Nigerian Bar Association (NBA) has risen in support of Senator Dino Malaye against government's impunity and lack of consideration for the rights of citizens. The former President of the Ikeja Bar Association  through his facebook timeline posted the following... 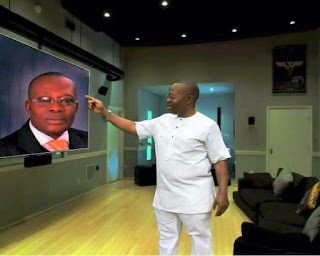 "They came for the Catholics, I did not speak up because I was not a Catholic; they came for the Protestants and as usual I did not speak up because I was not a Protestant. Eventually they came for the Jews and as is customary with me, I did not speak up because I was not a Jew, and finally they came for ME and there was nobody to speak on my behalf! If it is true that Dino Melaye was re-arrested at the court premises today in Abuja, the 2nd of May, 2018 after he met the conditions of his bail having been charged earlier, then we are descending big time to the abyss as a nation. TAKE NOTE  THAT  I am not a fan of  Senator Dino Melaye and his likes in the National Assembly, but I Monday Onyekachi Ubani Esq  will be doing a great disservice to this nation by supporting what is going on presently pertaining to the arrest, ill treatment, lack of respect  to human rights  and assault to dignity of Senator Dino Melaye by the Nigerian Police Authority. No matter his offense, the LAW PRESUMES HIM INNOCENT UNTIL HE IS CONVICTED BY THE COURT IN THE LAND. This brutal ill treatment, assault to his freedom and dignity should be deprecated, condemned by well meaning Nigerians whose conscience is still ALIVE. It was this week that policemen arrested and handcuffed LEGAL PRACTITIONERS who came to represent this same Dino Melaye .  It took the intervention of over 100 lawyers to secure their bail at the magistrate court in Abuja after they have spent days in DETENTION. The police were even antagonistic  to the lawyers who came for their defense in COURT( of all places). I REPEAT WE ARE DESCENDING. IT WAS NOT RIGHT THEN AND IT  WILL NOT BE RIGHT NOW. THOSE WHO HAVE EARS , LET THEM 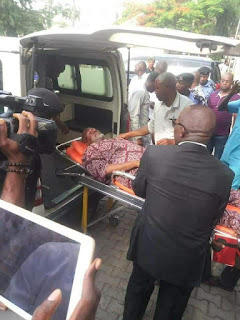 And as usual, his friends and other comments castigated the Lawyer for previously supporting the Buhari led administration and for once describing PMB "a generous Dictator" before now. Though Bar. Ubani tried justifying his support and kind words he once used in describing Mr. President, saying that it was in the area of development, project and others that he said in favour of Buhari and his APC led government, which in the same vain was ripped off by the demand to point out the projects and anything good that should describe Buhari and his goverent as generous by some comments, which his efforts to defend and justify his position fell flat and lame.
at May 02, 2018