Meaghan’s Nephew In A Knife Incident in London NightClub 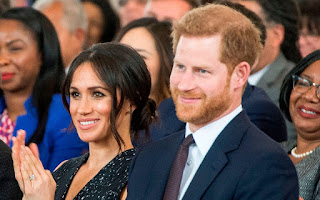 There is not going to be any action against Meaghan’s nephew, after he was reported to the police by a nightclub manager for being in procession of a knife in a London nightclub shortly after his Aunt, Meaghan’s wedding to Prince Harry.

Tyler Dooley, 25, nephew to the newly wedded wife of Prince Harry is in trouble with authority in London after being found with a knife in a London nightclub. Though let off by police after taking a knife into a London nightclub hours after his Aunt’s wedding to Prince Harry, he  fled from security guards after handing in the four-inch lock-knife, but was later confronted by officers at his hotel nearby.

His full cooperation with the police, as he handed over the knife and a pepper spray he was also carrying was said to have informed the police’s decision not to further pursue the case.

Mr. Dooley, who flew into London to celebrating his aunt's wedding with his brother TJ and others at the Bacchus bar in Kingston upon Thames is the son of Thomas Markle Jr, Meghan's half-brother, who is divorced from his mother Tracey.

Scotland Yard said in a statement, "Police were called by security to a club in Union Street, Kingston upon Thames, in the early hours of Sunday, 20 May, after a man openly declared he had a knife as he attempted to enter the club.

"When officers arrived at 1.55am enquiries led them to a hotel in Kingston and two men in their 20s were spoken to by officers in connection with the incident.

"One of the men also voluntarily surrendered a noxious spray.

"Both men, who were visitors to the UK, were warned about their actions.

It is criminal offence to be carrying any lock-knife without a good reason in UK and it can lead to a prison sentence. However, the law does allow possession of a knife with a folding blade three inches long or shorter.

Commander Sally Benatar of the South West BCU informed reporters thus in a statement: "We take the possession of knives and prohibited weapons very seriously and we are determined to take them off the streets.

"In this case, careful consideration was taken by the officers, the items were handed over voluntarily and there was no ongoing risk so the investigation was closed with warnings given.

"Having reviewed the circumstances and the risk posed by these two men, I support the actions taken by the officers."

Speaking to reporters, the club manager Lewis Mason said it had a zero tolerance approach to knives at the venue.

He said: "We don't allow knives into the club.

"We call police if we find one we consider is illegal.