Critics Of Government Not Enemies……Boss Mustapha 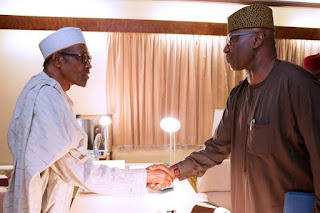 The Secretary to the Government of the Federation, Mr. Boss Mustapha has warned that those criticizing government are not necessarily the enemies of government.

The Secretary to the Government of the Federation, Mr. Boss Mustapha stated this on Monday when he inaugurated the upgraded website of his office, www.osgf.gov.ng.

Addressing news men and audience at an event in his office in FCT, Mr. Mustapha put the cost of the upgraded website at N64m, siting that  the Federal Government had allocated N65m for the project in the 2017 Budget.

“There was a contract in 2017. The figure is in the public domain. It is about N64m, including procurement of laptops, training and consultancy services. The contract was awarded by the Bureau of Public Procurement in accordance with the Procurement Act,” The SSG revealed.

Mr Mustapha also informed the gathering that the functions and responsibilities of this office makes it highly imperative for it to have a functional website that will deliver information about the structure, policy thrust and activities of this administration on a daily basis. The need to lead MDAs compliance with the dictates of Executive Order 001 on the Ease of Doing Business, particularly relating to the directive to the MDAs to host a functional website formed part of the reasons for this upgrade.

“The old OSGF’s website did not reflect the status of the OSGF and was characterized by the following limitations: the technology upon which the website was developed is old, hence limited features; limited security features which made the website prone to hackers; media files such as video clips are hosted on external server which is contrary to government policies; and the website did not comply with the standards of operationalization of Executive Order 001”, Mr. Mustapha further added

The SSG said that members of the public would be able to request for information from government, submit ideas and lodge complaints through the platform. He also added that government must stop seeing every of her critics as enemies.
at May 23, 2018