As UEFA Champion’s League Final Beckon, Here Are Some Mind Blowing Facts To Savour Along 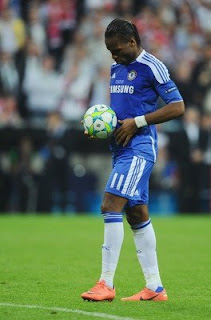 As Real Madrid squared up later against Liverpool today in Kiev to defend their champion league title after winning the coveted trophy back to back and possibly to create history as the first club to have won it a hat trick, here are some mind-blowing facts you need to know about the all-titillating UEFA Champion League. 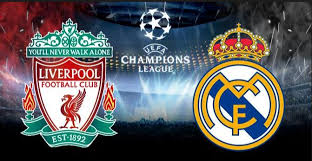 Are you aware that Spanish teams have produced most winners more than any other country in the competition's 58 years history? Aside Spain clinching the trophy for a record high of 13 wins, with just two teams, Real Madrid and Barcelona, they have also emerged runner-ups in the competition for 9times, with   two teams again managing this feet.

Italy has won it for 12 times, emerging runner ups for 14 times with three teams

England of course has produced 5 teams clinching the trophy at a point or the other for a total record of 12 wins. Those 5 clubs that have won the champion’s league in England are Liverpool, Manchester United, Nottingham Forest, Aston Villa and Chelsea.
Imagine even Aston Villa and that Nottingham Forest that knows how to cut person ticket! In addition, England has had their team emerging runner-ups for seven times.

Germany of course has succeeded in managing to clinch the trophy for six times, emerging runner-up for nine times, achieving that with 3 teams.
Manchester United holds the record of the team to have won the Champions League with the fewest games (1998–99), five wins. However, they went through the competition unbeaten.

Real Madrid, now we can tell that experience is their secret, as they hold the record of the number of consecutive participations in the European Cup, taking part in the first 15 tournaments from 1955–56 to 1969–70. They won the first five editions of the competition, and they are the most successful team in the competition's history with nine wins.

3 clubs in the history of the UEFA Champions League to have won the tournament fielding local players – Celtic (1967), Real Madrid (1966) and FC Steaua Bucarest (1986).

The fastest UEFA Champions League goal is 10.2 seconds after kick-off, scored by Bayern Munich’s Roy Makaay against Real Madrid in 2007.

Nottingham Forest won the UEFA Champions League, winning games at the competition than in their domestic league.

England was suspended from the UEFA Champions League between 1986 and 1991 following a series of stadium disasters and hooliganism problems.

Those years England teams didn’t make appearance in the tournament as a result of the suspension, their absence gave three teams the opportunity to win the tournament for the first time – PSV Eindhoven, Red Star Belgrade and Steaua Bucarest . England of course returned to the UEFA Champions League fold in 1991.

Juventus are the most unlucky team in the champions league history, they dominated European football in 70's and 80's but only won 1 European cup in 85-86, the victory more bitter than sweet due to the Heysel stadium disaster tragedy that claimed 39 Juventus fans to fan hooliganism, clashing with Liverpool supporters.

The greatest matche in competition's history are:

Wishing you a fabulous and entertaining experience of the 2017-2018 Champion league.