A 73 years old man is currently a guest of the Lagos State Police Command, as he is being investigated for allegedly raping and impregnating a 14 years old teenage girl in Lagos.

The Lagos state police command has arrested a 73-year-old man, Fola Olowoigbo, for allegedly raping a 14-year-old girl and impregnating her.

The suspected rapist
and child molester, who was a neighbour and living with the victim’s mother on Fella Ahmed Street, Agric, Ikorodu, Lagos State was arrested yesterday following report at the police station by the girl’s mother.  According  to a statement by the police, the septuagenarian took advantage of the girl on the pretext of sending her on errands. 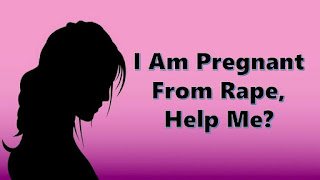 The bubble however, busted when the young girl’s mother found out that her daughter was pregnant and on enquiry and severe pestering, the girl was said to have owned up to the fact that Olowoigbo, the septuagenarian had been having  a carnal knowledge of her and was responsible for the pregnancy.

The teenager’s mother then reported the case to the police, and the suspect arrested.

Making available to the press a statement yesterday, Wednesday, the Lagos State Police Public Relations Officer, SP Chike Oti, informed the press that the case have been transferred to the gender section of the command for further investigation.

He further added that the command is investigating a case of defilement reported against a 73-year-old man, Fola Olowoigbo. The suspect was alleged to have defiled a 14-year-old female child without anyone knowing until she became pregnant.

“Olowoigbo  hailed from Ago-Iwoye, Ogun State, he is a taxi driver and next-door neighbour of the child’s mother. It was said that the suspect was always sending the teenager on errands, unknown to the mother that he had ulterior motives.”, the PPRO concluded.