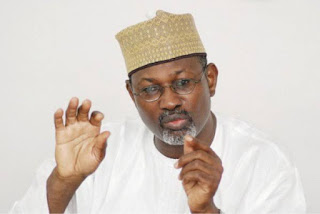 With uncertainty surrounding the 2019 General election, concern citizens have started raising alarm over what they term as threat to democracy in the land.

FORMER Chairman of Independent National Electoral Commission, (INEC), Prof. Attahiru Jega, yesterday, sounded the alarm and pointed to some danger signals surrounding the 2019 general elections and by extension, democracy. Professor Jega sounded the warning while delivering a lecture in the 2018 democracy day lecture in Abuja.

The former INEC boss, who pointed out that it was through God’s intervention that the country was not thrown into constitutional crisis during the 2015 general election, which he presided over, also advised the Federal Government to ensure that security operatives display high sense of professionalism and neutrality in the forthcoming elections.

He furthermore provided remedy to the fight against corruption by pointing out that there was deficit of good governance in the country with the modules currently used in fighting corruption.

“Government should not only be concentrating on theft and embezzlement in its fight against corruption, but should do something about bribe-taking at all strata of government”, Jega advised.

Prof Jega stated that his reason for stating that danger abounds as the 2019 general election beckons is because of the electoral challenges that is currently confronting the country’s political parties, noting that the plethora of violence witnessed during the just concluded congresses of All Progressives Congress, APC, portend great danger and threat to democracy.

“If political parties could not observed internal democracy and conduct peaceful congresses within members of the same party, how much more would they when they engage the other parties with civility in the general election?”, Jega asked

He advised government to tackle this challenges head long before the general election.

“So, it is very important that we improve our systemic mechanisms of addressing violence and conflicts related to elections and in particular improving the score of internal democracy within political parties. We may be running out of time, we must try harder and do everything possible within the shortest time.


“The last point I want to make is that security agencies need to display professionalism, neutrality and impartiality in discharging their constitutional duties. This is very important. In fact, in all fairness, the relative success that we had in the 2015 general elections was because of the active engagement of what we call the inter-agency consultative committee and the commitment of security agencies to do their best under very difficult circumstances.
For full jega democracy day speech,....https://www.channelstv.com/2018/05/28/jega-warns-of-danger-ahead-of-2019/
at May 29, 2018