WHY WE ARE WITH GOVERNOR UDOM EMMANUEL COME 2019….. AKISCOM LAGOS.

The Akwa Ibom State community in Lagos, AKISCOM, Lagos state chapter have pledged to go all out for Governor Gabriel Udom Emmanuel, the Executive Governor of Akwa Ibom State come 2019, as the Governor bids for a second term to remain the helmsman of the oil rich state. Revealing their position to your NaijaFriendly and information platform, FriendsOfNaija.com.ng , the Public Relations Officer of AKISCOM, Lagos State chapter, Mr. Marshal Udo,( JP) told us that the collective decision of the Excos and members of AKISCOM Lagos state chapter as regarding 2019 and what they want to see as a stakeholder of the Akwa Ibom State project is to returned Governor Udom Emmanuel as the Governor of the State to complete another term. The mouthpiece and Public Relations Officer (PRO) of AKISCOM Lagos, Mr. Mashal Udo, (JP) revealed that they, the congregation of Akwa Ibom State community in Lagos State have lay it upon themselves, not to only support the Governor’s bid with mouth alone, but to also, go all out to work for the realisation of the objective. “We would all go out with whatever we have , folding our sleeves, throwing in what we could muster and work to ensure the realisation of our resolved to see that Governor Udom Emmanuel win in landslide victory come 2019”, the PRO was quoted.. 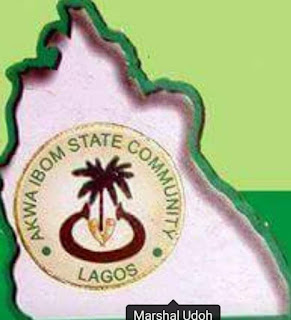 “My President,  Prince Felix Udo, the entire excos and members of AKISCOM Lagos state believe that with our support and with Governor Udom Emmanuel as the Governor of our great Akwa Abasibom state for another four years, the sky would only be the beginning for our home state, considering the Governor’s giant stride accomplishments in road and other infrastructural development, industrialisation of our state and the all-round excellent management ability of the Governor, which is second to none as of now ”, Mr. Udo added.
When pressed further if members and executive of AKISCOM, Lagos state chapter is not only endorsing the Governor for a second term because of the N50M pledged he made to the group sometimes ego, when the then to-be Governor was introduced to the group in 2015 in Lagos, prior to the general election and the rumour that the Governor has recently redeemed the pledge to the group, the PRO denied such notion at once, “No, no, no…, it is not just because the Governor redeemed his pledge to the group, though, such gesture is a highly commendable gesture and the hallmark and attributes of integrity needed in good leaders, but our support transcend the pledge redemption, but burn out of conviction that the Governor is just the man whom the cap fit to continue, come 2019”, Marshal Ud
at April 19, 2018