A Golden Fish, they say has no hiding place, Ambassador Marshal Udoh(JP) the Public Relations Officer (PRO)  of AKISCOM, Lagos chapter and the Akwa Ibom State Dakkada Ambassador is fast assuming the status of that proverbial golden fish that just can’t be ignored or wave aside. Amb. Udoh’s generous good deeds and benevolent disposition toward the needy and anyone he comes across has continue to endeared him to many individuals , not forgetting organizations and gatherings who now sort to honour him on daily bases  in recognition of his numerous contributions to the growth, betterment and development of humanity.

According to information reaching us, come April28th, 2018, a merit award in recognition of contributions toward the development of humanity would be conferred on Amb. Marshal Udoh by the prestigious Mboho Ikot Abasi LGA, Lagos chapter, at No.5 Awonaike Street, off Tejuosho, Street, Surulere, Lagos State, by 1pm.  According to Mboho Ikot Abasi LGA, Lagos chapter, “Ambassador Marshal Udoh is a detribalize AkwaIbomite, the type needed as agent of unity, development and for the reinforcement of the Akwa Ibom brand. We cannot count how many Akwa Ibomites, irrespective whether they are Ibibio, Annang, Oron or wherever, as long as you are from Akwa Ibom, that have benefited from Ambassador Marshal Udoh’s goodwill and benevolence”, the President of Mboho Ikot Abasi, Lagos chapter added. 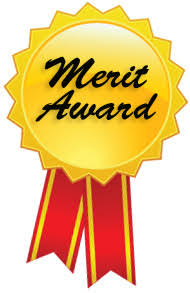 As if that is not enough, come May5th, 2018, Amb. Marshal Udoh has been nominated yet again for another merit award of Excellence by IMPACT MISSION INITIATIVE, the publishers of "National Impact Magazine", as they set to confer on him another honour, alongside some dignitaries which includes: His Excellency Deacon Udom Emmanuel, the Governor of Akwa Ibom state, Sen. Godswill Obot Akpabio, Senate Minority Leader and Senator of the Federal Republic, Mr. Ephraim Inyang, Hon Commissioner of works,  Akwa Ibom State  and others at Ikpe Annang Civic Centre, Essien Udim Local Government area, Akwa Ibom State by 11am.

We from FriendsOfNaija congratulates and rejoice with Ambassador Marshal Udoh, as he add more feathers to his cap. Congratulations Sir, you are a most worthy Ambassador.
at April 21, 2018