There are still many politicians out there; most especially those of Akwa Ibom State and the South South extraction who are as selfish as the vultures and do not understand the place of investment in politics. To these Politicians, they only see Politics from their selfish points of view as the big fat cow that should meet their needs, without them having to invest and re-invest in the process so that they can benefit from it even more. These politicians cum vultures lack foresight and reasoning ability in even monitoring the trend of events in their own political lives. They only emerged once in the morning like some plants and are no more when evening or the next day comes. 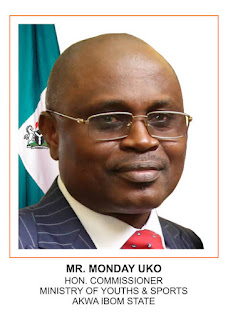 There are also those, like the late I.U Akpabios, the late Basey Atah, father of former Governor, Architect  Victor Atah, late Chief Benerd Sampson Idiong, the father of the first lady and wife of the Governor of Akwa Ibom state, Deaconess Martha Udom Emmanuel  and others who understood this principle of sowing and reaping, as they constantly makes sacrifices, investing their time and resources out of sheer passion to see positive developments and opportunities that can come to them and others if some certain political events occurs in their locality. These rare gems often time go out of their conveniences to make sacrifices which usually later turned to opportunities for them or their children in the future, living the less discerning with the question “why must it be always them?” 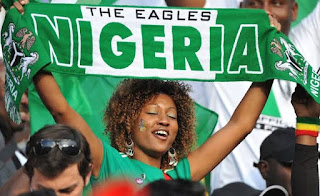 If you are one of those people from Obot Akara LGA or from anywhere in the state, who often wonder, why is Honourable Monday Ebong Uko, the Akwa Ibom State Commissioner for Youth and Sport, enjoying such huge goodwill and followership as he is currently enjoying? Then you would have to go and learn of the investments he had made, even as a little boy back then, and is still making till today just because he desire to see positive political developments in his domain. If peradventure you’re privy to reading the exclusive Interview granted by former deputy Governor of Akwa Ibom state, Obong (Engineer) Chris Ekpenyong to “Annang Today Newspaper”, you would get to find out about the “seed capital” young Uko, who was, just in searched of what to do and pursuing his livelihood in buying and selling palm oil and other commodities from the East to the Northern part of Nigeria, while also bringing beans and other commodities from the North to sell here in the Eastern part of the country sown! Little wonder he is now reaping them as reward of the investment he made then without knowing that he would be reaping them today.

According to the former deputy Governor, when little Monday then, got to learned about the political events that was to give birth to the creation of the botched Itai State from Akwa Ibom State and Obot Akara LGA from the then Ikot Ekpene LGA in Akwa Ibom State, Nigeria respectively, he gathered from the proceeds of his business, a huge sum of money as of then and approached them, who were the leading figures championing the course and donated that amount as his own contribution toward realising the objective, a gesture the former deputy Governor added, amazed them all. From when he cut his teeth in Student Union politics, Trade Union, Counsellor, Chairman and best local government Chairman in 2009, and now, the Honourable Commissioner for Youth and Sport, Akwa Ibom State, it has been one huge consistent, forward ever and no looking back for Honourable Monday Ebong Uko, a true party man, an excellence grass root mobilizer and a loyal lieutenant who sees helping his boss to succeed in truly serving the people as his only business in government.
at April 03, 2018