2026 world Cup, US To Punish Countries That Wouldn't Support Her Bid

it is no longer news that the United States Of America in a collaborative bid with Canada is bidding to once again host the world's football competition in 2026, but what is news however, is the drastic and vindictive position of "an eye for an eye" of God's own country toward any country, including the United Nations, who might want to opposed her bidding to host the football competition. Making this position known is no other than America's strong man and no compromised leader, who gives no hood what anyone says or think about his person nor country, President, Donald Trump. 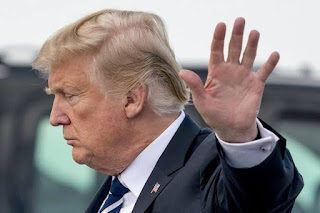 In a tweeter message ealier yesterday , President Trump took to his twitter handle to make this possition known when he tweeted, "The U.S. has put together a STRONG bid w/ Canada & Mexico for the 2026 World Cup. It would be a shame if countries that we always support were to lobby against the U.S. bid. Why should we be supporting these countries when they don’t support us (including at the United Nations)? 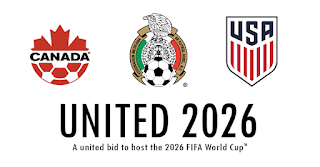 Though not clear whether this possition is the official possition of the United States  of America as a country or just an opinion of President Trump as an individual,  but one would wonder "What happened to the American concept
of democracy and their believes in free will of choice which is adopted by the world football governing body, FIFA in determininh who is given the authority and her mandate to host the footbal's most preatigious event?

Does America no longer believes in the tenets of demoracy, of free and healthy competition and the right of choice of those who are going to vote? To me  i think with this stand, America has degenerated and is no better than most vindictive African leaders or other deapotic leaders acctoss the globe who cannot stomach or has the magnanimity of sportmanship and tolerant to opposition. What has happrned to America under the watch of Donald Trump? What has happened to the value of democracy as propagatted and marketted to the rest part of the world by Ameria itself?