Ten Most Important Things in Life that we all of this generation have to be grateful for. (Number 9) would surprise you)

“We’re in the best of times”, they say, but I say we of this generation are in the “bestest” of times, as our “comm-linguae franca” would allow. Imagine if one was alive during the Stone Age days of going around naked, living under caves, those times when humans were barely “metamorphosing” from the Apes which they said we originated from! Then came the agriculture age, where they could just seized people, enslave them against their will and used them for farming work and all manners of unchecked atrocities against humanity that prevailed with those times, which one could have been a victim if we were in those times. Then they had the period of the industrial Age and territorial conquest, outbreak of diseases, full blown age of slavery and trading humans, world wars, civil wars and the Nelson Mandela times and all the other times. But of all them times, our time, the information and the nuclear Age they say and I believe is the best of times. And of the stuffs that make our time the best of all times, we have carefully analysed to a logical majority, these ten aspects of our lives that we all have to be more grateful for. 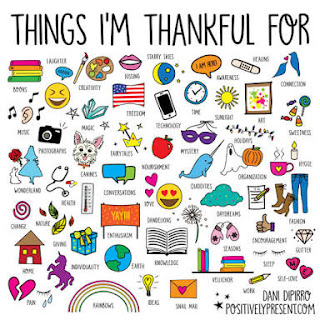 We would all have to agree that the presence of different body of knowledge and the ease at which we can accessed them in our time has tend to make our lives easier, compere to what they used to have before. We have to be grateful for knowledge and the availability of information in our time, as she has made our world what she is today. And as more knowledge abound, our world and our time would just be the better for it.


2: RELIGION:
We are not here to tell you that you are practicing the wrong religion and we the right, and such should be grateful and you doomed, neither the other way round, we are talking about the 99% respondents from our sampling figure who are grateful for the concept of God and religion in our time and in our lives. Religion, either Christianity, Islam or whatever it is anyone believes in trying to connect with divinity has a way of curtailing our vile tendencies and putting our excesses in check as humans. It soberly compelled us to acknowledge that we just came to this earth, we would just but one day go back and as such we should behave in ways accordance with how accountable we would want to appear before that superior being we all subscribed sent us here. Religion is the first to suggest the concept of civilisation, development and whatever it is that suggests decency which is known and expected in our time and our world. Religion stirs up hope in the midst of despair, it heals and mends the broken hearts and it provides solace and anchor for humans when calamity or natural disaster strikes.

3; UNITED STATES OF AMERICA
Love her or hate her, the United State of America is one force that have affected and touches every one of our lives one way or the other in our time. It is from the doctrine, actions and in most times the insistence of the United State of America that the world is improved upon, it is in their films and literatures that most of us learned decorum, embraced humanness, and even infused social responsibility in our lives and institutions, which if not for what they represent, we know our dark we can be and would have remained! We all of this generation would have to be grateful for USA, who despite her selfishness has been the light in the armour that shines positively, lighting up every other lights of civilisation in the world, in our time.

4: TV, FILMS AND BOOKS:
While nothing beats actual travelling and physically experiencing people or places, but some people are limited to wherever they found themselves, and at such, tv and books come in handy, transporting us to places and acquainting us with popular cultures, interpreted and brought to us by actors and actresses, sometimes from the news by news casters or documentary. Tv and books have enabled us to learned new skills, to be aware of happenings elsewhere so as to avoid them if they be negative and to benefit from them if they be positive. Tv and books are the major essence of our lives in our time of today, and the majority of us existing in this time are grateful.

5: AUTOMOBILE:
Just imagine when you have to walk to a neighbour’s house for something, or walk down to the store to pick up some stuffs when your spouse has gone to somewhere with the car, and it is the only car you have! Now imagine when they had no automobiles at all in the world and people used to walk for weeks, months, sometimes even years for journeys that shouldn’t have taken that long! Cars, buses, trucks, trailers, and everything that helps convey people and their goods from one place to another is one of the contributing factors that make our time one of the best. We are grateful for automobiles in our time because it enables us to rush sick people to the hospital, move things, travelled to other places, make our lives easier, etc.

6: INTERNET:
We of this time are grateful for the advent of the internet, as nothing has ever connected the world and her people more than it. The internet helps brings to the light whatever it is that is obtainable elsewhere and try to harmonise our world. Because of the internet, lot of injustices and oppression have been restricted, oppressive government, organisations and individuals have cautioned themselves, fearing others elsewhere would see them, and as such, has makes our time and our world the fair that she is. All the ills of today that we see and think that our world has lost it all are as a result of the internet, when it was not, we didn’t have to know, even worse that used to happened then. 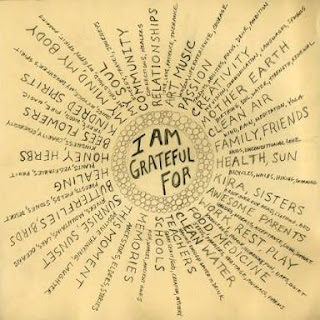 7: FACEBOOK AND OTHER SOCIAL MEDIA:
Facebook probably doesn’t need much of an introduction – launched in 2004, the social network now is the largest social media platform with more than 1.7billion monthly active users worldwide. The company today is more than just a social network – Facebook acquired messaging app WhatsApp and started its own successful messenger. They also bought photo-sharing platform Instagram and the virtual reality company Oculus VR. Since most Facebook users log into the site every day and engage with other users, brands and contents, the platform knows a lot about their users. Facebook have a lot of important features that is helping us understand ourselves, organisations, causes and communities as never before. Facebook have in way helps us as individual to know who is more of easy-going and involved in discussions and sharing of knowledge, it has also helped us to know those passive individuals that are never interested in your matter, yet they are your friends.

8: DEMOCRACY:
Though our democracy is not where it should be for those of us from Nigeria, but half bread they say is better than none, and is better started late than never. If you are privileged to watch the Hollywood documentary film, “Finding Fela”, you would realise what a privilege time to be alive! If you are complaining of military or police brutality now, then we better just could imagine what it used to be like in the military regimes or the colonial era! Democracy have help in many ways to bring to the fore, knowledge of the constitution, rights of citizens, which though is not respected by power drunken and uncivilised politicians and the security agencies, but still better we know.

9: DADDY FREEZE:
Recently we have witnessed some revere men of God caving in to the judgement of their consciences to admits that they have been wrong all the while, preaching the doctrine of tithe and other obstacles they have had to constitute on the way for people seeking to worship their maker, all thanks to  the Free The Sheeple movement and leader of the Free Nation, (OAP) Ifedapo Olarinde aka Daddy Freeze’s audacity to speak out and bring to the fore the antics of some so call “men of God”


10: 2015 Election:
As a Nigeria you never know the extend to be grateful for the 2015 general election that ushered in the opposition, All Progressive Congress, (APC) and President Mohammadu Buhari to power, until you consider the revelations of the staggering amount of money individuals in this country were having the audacity to steal and the many lies the ruling party then was presenting to us about the state of our country. The 2015 election has also helped Nigerians to know that President Mohammadu Buhari and his APC do not have what it takes to fix the country as against the posture he was presenting before coming to power, which was making Nigerians feel that the right person is not being given the chance to rule. We are grateful that we now know beyond doubt that Buhari is old, retired, incapacitated as a result of old age and lacks the knowledge and what it takes to pilot Nigeria as countries in modern world operates. We are grateful for life’s eventual outcomes, because it always have something beautiful to offer us in the long run.
at March 09, 2018