Senator Basey Albert, the Senator representing Uyo Senatorial district of Akwa Ibom state is reported to be under investigation in the United Kingdom for unexplained acquisition and ownership of some pricey properties in London. 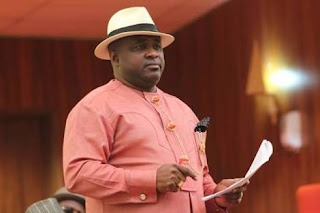 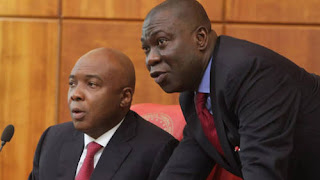 According to the operatives at the UK’s Serious Fraud Office, (SFO), Senator Basey Akpan, a Senator and former Commissioner of finance, Akwa Ibom state disclosed in his asset declaration form dated August8, 2015, that he owns a number of landed properties in London. Source at the SFO said that Senator Albert claimed to have acquired the properties through Barclay Bank of London- financed mortgage totalling £1milion. The investigation of Senator Basey Albert was triggered by a letter President Mohammamdu Buhari sent to the office of the Serious Fraud Office to investigate circumstances under which some pricey London properties said to be owned by the Senate President, Dr. Bukola Saraki and his deputy, Senator Ike Ekweremadu respectively were acquired.
“The SFO would investigate the circumstances which Senator Basey Albert Akpan acquired all these landed properties in the United Kingdom. The circumstances are suspicious, taking into account that for the past ten years, he has always been a public officer and his legitimate earnings are far below the worth of the assets he has acquired in United Kingdom”, a SFO source said.
They further disclosed that the Nigerian President, President Mohammadu Buhari share in their belief that the aforementioned politicians couldn’t have afforded such properties through lawful means, citing the content of the letter of the President, which their salaries and emolument was included. They also revealed that some of the Senators failed to include those properties and others in their asset declaration form as the law requires.
at March 03, 2018