Nigerian Army Got Away And Still Getting Away With Too Much.

In the entire history of the world, without exaggeration and without mincing words, the Nigeria Army has always been and remains the most vicious and barbaric of every country’s Army, not even the infamous Uganda Army of the Idi Amin Dada era or that of the Poyang North Korea is anything near barbaric and brutal as our Nigerian Army. Though she boast of the famous Nigerian Defence Academy, (NDA), but one wonders what those lads that comes out to run the military learned there if in a 21st century of information age and democracy, a country’s Army cannot imbibed professionalism that brings herself under the confines of animal civilisation that structures the culture of respect for human right and subscribing to the law of civilisation that distinguish humans from other lesser animals! 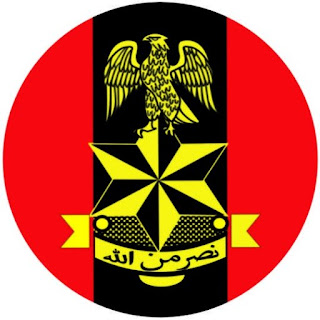 Watching “Finding Fela”, a Hollywood documentary film of the life and times of the late Fela Anikulapo Kuti, Africa’s Afro beat Legend; you would just realise the volume of carnage and sacrilegious barbaric act committed by the military government using the Nigerian Army and the police against an individual, a citizen. You would weep for “civilisation”, as the combine team of the Nigerian Army and the police used by the state abused the treaty of civilisation which she is a member! And not quite long before the 1970s of Fela’s dynasty, was the Nigerian-Biafra civil war, where you would watch in nostalgia as the Nigerian army sacrilegiously demonstrated disgusted barbarianism of exterminating armless citizens and POW, taking curses unto themselves. 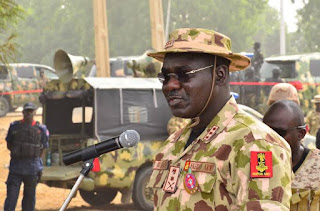 Even in our today 21st century democratic era, our military have continue to live in ignorance and the discipline that’s expected of a soldier in today’s civilised world, as they continue with their brutality and the abused of the rights of armless civilians uncheck. Funny enough, when their high handedness snowballs into a full conflagration where the people sort to defend themselves, they always find it difficult to quail, always causing losses and unnecessary expenditure for the country. “Serves them right”, someone said! A readily coming to mind is the ongoing war against Boko Haram. If not for the piling up of our force men high handedness and abused of civilians’ rights by the military as witnessed on every streets of the country which gathered momentum into insurrection, the Boko Haram war wouldn’t have been of this magnitude. Should we forget in a hurry Zaki Biam, Udi, IPOB and not quite long, two days ago to be specific a force man slapped a pregnant woman along Oshodi, Lagos and she died, and what even happened to the lady that was assaulted by a Naval officer some years ago, whose case got to the court and it became a national issue and embarrassment!
And in all of these, they always get away with it, all thanks to the United Nations, local and international human right organisations and individuals who choose to look the other way round and to a larger extend thanks to ignorance and lack of willingness by our Legislators and government to avert this national embarrassment call Nigerian Army and the Police.  And because we have been conditioned to think lesser of ourselves and not to demand for too much, these individuals that were the helmsmen that oversaw these dark side of our history would always come back to be rewarded for their ignorance as we find them running our affairs in a 21 century democratic country. How can they know or entrenched what’s right and obtainable in civilized clime?  The likes of OBJ, Buhari, Murtala Mohammed, IBB and many military leaders and men whose military explodes we applaud should rather be cooling their heels at The Hague.