N50, 000.00 Penalty on All Students of Modibo Adamawa Federal University of Technology, How True?

There is the rumour making round that the authority of the Modibo Adamawa Federal University of Technology, (MAUTECH), yola, which was shot down sometimes in January, following students’ unrest have concluded plans and decided on Match10 as date for resumption, but not without a fine of Fifty Thousand Naira, (N50, 000.00) on each student of the university for the properties that were destroyed by the hoodlums.(somebori wan chop money!) 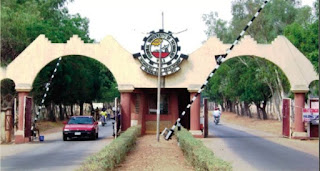 Though this position is said to be a rumour and not yet made public by the official of the school, but according to the document, which is said to flying around through wasapp messages has the school’s letter head and the vc’s signature bearing the doomsday judgement and injustice decision pronounced by the injustice authority of the institution. 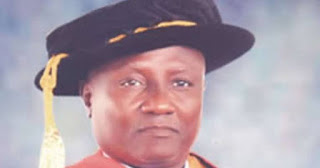 The university institution is supposed to be the institution leading and showing other institutions in the society on how things are done, considering their studious mind and knowledge of what is good, fair, just and needful. The fact that our institutions and those manning her are the way they are, illogical and bereaved of idea of what is good, speaks of the failures of our University system and other institutions of higher learning over the years, because it is garbage in garbage out, and the university in our country shouldn’t be left out anymore, anytime we are looking for those responsible to our pitiable and laughable outcome as a country! Nigeria, our country is the way she is because of the many injustices and misrepresentations of issues like this by our universities. So over the years, we have succeeded in establishing a huge dispense pipe of injustice that releases and duplicate more injustice of every kind in our community.
How on earth, even if you lack the knowledge of anything about the concept of right and wrong and reward system even thinker with the thought of penalising all for the sin of very few, who are being emboldened and encouraged by your operational module? N50, 000! Where do you want people to get such money from? Is this not another strategy by the school authority and the system to disenfranchise many from, who are only being able to remain in school by a whisker and through the eye of a needle?  Is it not because of sanctions like this that is always a misplaced of justice in time past that encourages such barbaric and dastardly act by student, who are supposed to be preparing and equipping themselves for the responsibility of leadership!
The school authority knows those responsible for the destruction of properties and they should be the ones sanction to pay N50, 000 and more, or else be withdrawn from school and not the innocent students who were disrupted and denied from sitting for their examinations and studies. Anything shot of this is miscarriage of justice and the God of the needy would judge. ThereisGodoo!
at March 05, 2018