IKOT EKPENE CRIES OUT TO THE AFRICAN UNION AND THE UNITED NATIONS, AS CULTISTS UNLEASHED MAYHEM.

Ikot Ekpene, Akwa Ibom state, the first local government area in Nigeria and British West African colony has now completely degenerate into a lawless society, and as such, should be declared a fail zone. This should prompt the African Union and the United Nation to come in immediately with humanitarian aid in order to save the good people of the city, as hunger prevails. 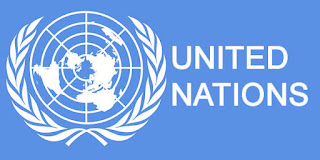 According to Conscientious Annang People Alliance (CAPA), a socio cultural group in Akwa Ibom state, who, sent in this report to your 9jaFriendly platform, FriendsOfNaija, “This SOS becomes imperative because of the existing official 7pm curfew and a ban on motorcycle operators, the only means of transportation in the city and the major stay of employment for the majority of the inhabitants, which had rendered the city into a comatose state. Cultism and total breakdown of law and order has become the only free passport to making ends meet through unchecked criminality. None members of the dreaded gangs are now at the mercy of mother luck, community leaders and business owners are unable to discern the dangers this menace posed to the actualisation of their objective, as they chose to remain silent and docile. The boys now operate in broad day light, rendering the police curfew and ban on motorcycle operation, which they gave as abating the gangs useless.

It is the law abiding people that are suffering, the police nor government could not protect them nor maintain peace and order on the streets so that they can go about pursuing their means of livelihood, African Union and the United nation should do something urgently to checkmate this problem confronting the people before it degenerate into something that cannot be handled. Very soon now, the people would resort to sourcing for any available means to protect themselves, hence the Nigerian government through her security agencies could not protect them. It would soon snowball into a free for all, as those that would embraced charm and any means of protection would do sothen the people would no longer listens to the police nor government.
Business has been crippled, there is hunger everywhere, meeting on ground the monster problem of unemployment, which in itself is the origin of this problem. It is now a regular side to see boys mount road blocks on major streets and obtains people’s phones, money, bags or drive in on convoy to shops and ordered that every money available, phones and other valuables are handed over, if you try nonsense, they shoot you instantly without blinking twice . The police are capitalising on the problem, extorting already hungry people through their curfew and ban on motorcycle". CAPA said