Human right Lawyer, Mr. Inibehe Effiong is not a happy man, following the loss of his HP Laptop, which he said got missiing at the Murtala Mohammed International Airpprt, Lagos Nigeriaria, a country full of corruption, yet her leader, President Mohammadu Buhari want to help a lesser corrupt country, Ghana to fight corruption.

MYSTERIOUS DISAPPEARANCE OF MY BLACK HP LAPTOP FROM THE SCREENING MACHINE OF THE MURTALA MUHAMMED AIRPORT, LAGOS (GAT) ON TUESDAY 6TH MARCH, 2018.

My name is Inibehe Effiong. I was a Passenger on the 7:50AM Lagos to Abuja Air Peace Flight P47122 of Tuesday 6th March, 2018. My boarding pass is attached to this post.

I arrived Air Peace check-in counter at the General Aviation Terminal (GAT) 40 minutes before departure time and was checked-in by Air Peace. I immediately proceeded to the screening point for security clearance in preparation for boarding.

On reaching the screening point and in line with the directive of the Aviation Security officials (AVSEC) of the Federal Airports Authority of Nigeria (FAAN), I removed my Black HP Laptop from my pilot suitcase into one of the trays along with my phone, belt and wristwatch and passed them through the Screening Machine for checks and clearance. I equally passed my pilot suitcase separately through the Screening Machine.Unfortunately, I failed to pick up my laptop from the screening machine after clearance but proceeded straight to the aircraft for boarding. 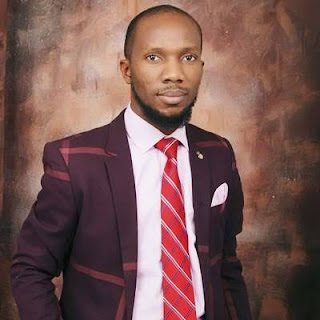 Immediately I stepped my foot on the aircraft, before taking my seat, it occurred to me that I had left my laptop behind on the screening machine. I alerted a member of the Crew on-board and sought her permission to go back to retrieve my laptop which she granted.On reaching the screening point, I intimated the AVSEC
At that point, I had to return to the aircraft which was being delayed momentarily in part because of me. I reiterated to members of the Crew on board that my laptop was missing.
Immediately we landed at the Nnamdi Azikiwe International Airport, Abuja I proceeded to report the matter to the Head of Air Peace Security, Mr. Pamzat who linked me with their official in Lagos. The said official Mr. Francis was was off duty but he further referred me to another Air Peace official in Lagos, Mr. Omale whom I spoke with over the phone on the matter.
I also reported the matter to the NCA Desk and SERVICOM Desk in Abuja respectively. They contacted Lagos airport and communicated my complaint to their colleagues and officials in Lagos.

The sudden and mysterious disappearance of my laptop from the screening machine happened within a space of about 5 - 10 minutes. It begs the question: who could have taken the laptop given the highly restrictive nature of the screening point which is only open to airline staff, airport officials and intending passengers?

It is my believe that an important part of the popular Lagos Airport such as the screening point should have Closed-Circuit Television (CCTV). As part of investigation into this matter, I have requested that the CCTV(s) record of the screening point for Tuesday 6th March, 2018 should be retrieved and demonstrated. I believe this will likely resolve the mystery surrounding the disappearance of my laptop.

Upon my return to Lagos on Friday, 9th March, 2018 I met with the Chief Security Officer of Domestic Terminal 1 and other AVSEC officers. They obtained a written statement from me and also took photograph of me as part of their investigation into the matter.

I have been seriously distressed over this matter. This Laptop is like my mobile office. Laptop to a practicing lawyer is more than a computer device. My law materials, precedents, etc, are contained in that laptop. My Electronic Law Report, Law Pavilion, which I installed with N150,000 last year is also in that laptop. I cannot quantify the value of the laptop in terms of money.

I hope that whoever is in possession of my laptop will read this SOS message and will be touched to return it. I have never stolen anyone's property in my life. I have striven to be a good Samaritan all my life. I am not making this public to elicit pity, I don't like to be pitied.