Akwa Ibom State’s Free Education is Like Giving Someone a Packet of Biscuit without the Biscuit in The Packet.

"Do unto others as you would want others do unto you” is the eternal code from the scripture that is supposed to regulate our dealings with one another while here on earth in whatever capacity we found ourselves. Listening to Governor Udom Emmanuel of Akwa Ibom State in the Akwa Ibom State’s Christian Assembly event that endorsed him for a second term, as he tried to justify why he is a more righteous leader that is guided by the feelings of compassion and the milk of sympathy toward civil servants, pensioners and most especially children, whom he said his free education policy is helping to remain in school, I left with one question which I would want to asked the governor and all the government officials past and present. And the question is, Can Governor Udom Emmanuel or any of his officials sent their children to our Primary and Secondary Schools as they are being managed by his government today? No, no, no, don’t get me wrong, I mean no disrespect to the Governor, nor am I against the governor’s second term ambition, but we owe it as a duty to our leaders and our democracy to call the attention of leaders to where there are lapses. 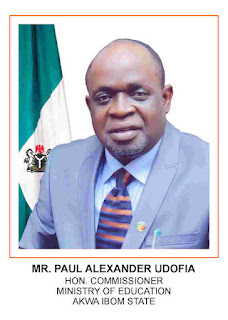 If you go to the schools in Akwa Ibom state today, from Primary to the secondary school, which the governor was beating his hand on his chest that government has provided intervention that is helping student remain in School and take the SSCE Examination so that they would not end up as his friend, whom he said was the best student in his days but his future was scuttled because his parent couldn’t afford his SSCE fee, you would be greeted with a very sorry state and a tale of woe from teachers who care and managed to speak out of fear. And the complained is one uniform one across the state, and that is, there have not been subventions from the government to run the schools. What kind of free education is that? This is akin to giving with this hand and taking it back with the other hand, as there is no substance to such offer. In fact, it is better to have the schools equip and provided for that students and pupil are adequately prepared and they cannot take the exams than to make provisions for them to take the exams without being adequately prepared. As it stands, it is still akin to parents catering for the education of their wards by themselves in the least possible way they can even in presence of the free education policy. The schools taxed parents for chalks, blackboards, furniture, maintenance and every other running cost of the schools, and government only provide the SSCE fee. Even at that, it become difficult for the schools to effectively tax and collect the levies from guardians for the running of the schools, as most parents out of ignorance insist government is making provision because of the ineffective free education policy. 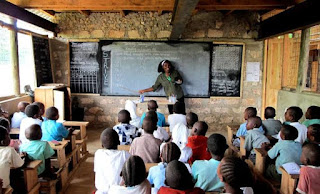 Over Nine month ago, last year, on the 3rd of May, 2007 to be précised, the news came as cheering and relieving news to parents, students, teachers, proprietors and everyone when Government announced the taking over of seven community schools across the three senatorial district of the state. To the students and parents, they too would get to benefit in government’s free education programme because they too are Akwa Ibomites, to the teachers, they too would get to benefit from government’s salary scales, against the meagre pay they were getting from the school that used to be privately run. To the proprietors, of course you know. And whether government have compensated them on the takeover or not, the fate of those students, teachers and their parents is my primary concern.  As cheering as the news of the takeover was, nine months after the ceremonious announcement, the schools are faring terribly worse off than they used to fare without government’s interference. Government’s announcement and further directives without provision nor budgeted for the funding of these schools has thrown the schools in a very terrible state, the teachers groaning in hunger and difficulty, as they have gone ten(10) months now without salaries nor the fulfilment of the hope of being absorbed as government’s employees. How would the governor feel if he was made a governor without all the entitlement accrued?
at March 25, 2018