A good and functional family intervenes when two or more members of same family are involved in a Spat. They don’t stoke up fire and take sides because they know and hold the sacred trust and believe in each other as siblings from same parents. Ever since the news of the unwholesome event of the sacking of the former commissioner for Local government and chieftaincy affairs, Hon Udo Ekpenyong broke out earlier this year, there have also been, along with it, from both friends and foes been all sorts of attributions and other reactionary acts that followed that regrettable incident. Some have maliciously misrepresented the events, some have even dug up false accusations just to spite and further portray Udo as the imaginary enemy they want to create in order to continually appear good before Akpabio, while Udo becomes the bad one. Somebody from Ikot Abasi has likened the event to a teacher making the roll call and an unruly student disrespectfully answering his name. We’ve also read another account that stated that the Senate minority leader, Senator Godswil Akpabio was making enquiry which the commissioner was supposed to stand up and answer as mark of respect, but instead his body language suggested otherwise, this the commissioner, from a very reliable source attributed to a waist pain which he was suffering from. We’ve also heard of the other claims that Hon. Udo Ekpenyong was holding secret meetings against Akpabio and fuelling the Governor to wriggled off, not to be 100% loyal to his God father, Akpabio anymore. We have heard of the attack on the person of Udo Ekpenyong at his Uyo residence and the at venue of the event by Akpabio’s supporters and all sorts of other attributions and other things that characterised that regrettable event. Be it as it may, in all these assertions, lies and innuendos by some who for no genuine reasons, hate and envy Hon. Ekpenyong, and as a result piled up and sponsored lies in order to aggravate things for him, what they haven’t told  and would never tell you is the maturity Udo Ekpenyoung has demonstrated in the face of this unwarranted provocation. None of them has commended the former Commissioner for refusing to issue any press statement or openly renouncing Akpabio as they had envisaged. None of them would tell you of the political structure that Udo Ekpenyoung has built for the eventual return of Senator Akpabio to the Senate, come 2019. No, they wont tell you, but instead it is many other lies and more lies that have and would continue to trail this unfortunate incident as it’s playing out between two brothers, two friends, two compatriots, who had hitherto, helped each other in times past and are still going to be instrumental to the actualisation of each other’s life objectives and pursuits. 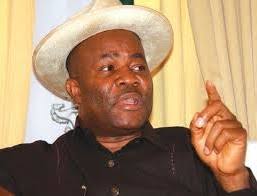 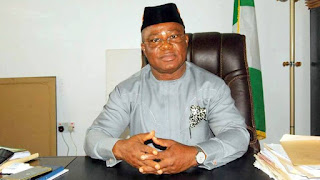 Speaking to one source who craved anonymity a very senior citizen with proven integrity, described Hon. Udo Ekpenyong as a die-hard Akpabio man, who would blindly follow Akpabio without questions, just like Col. Abubakar Umar Kangiwa, (rtd) former military administrator of Kaduna state woukd have blindly followee IBB to war when he was told that the then head of state was the evil genuis. Equally Udo Ekpenyong finds no fault in Akpabio, the source further asserted.

As an insider who knows and is very conversant with the relationship and the loyal bonds that exist between the two brothers, our source cautions Akpabio to remenber the popular saying that one good turn deserves another, and as such he, Akpabio should not forget in a hurry, the enormous efforts Udo Ekpeyong put in in working for him to became governor. He should not forget how Udo Ekpenyoung gathered the stakeholders of Ikot Ekpene senatorial district in his residence at Abak and introduced him, (Akpabio), when he was interested in Chris Ekpenyoung's job as the deputy governor, when it became evident that the latter was going to be dropped by the governor Attah. Akpabio should remember also how Udo Ekpenyoung defended his election victory at the supreme court as a witness; how Udo served Akpabio loyally throughtout his eight years tenure as the executive governor of Akwa Ibom State without any cabinet appointment as compensation.
Even Akpabio in his word had this to say about Udo Ekpeyoung.."Udo Ekpenyoung made me a political-somebody when i was a political-nobody".

Our source described as unfortunate the misunderstanding and advised Senator Akpabio to rise above board and be the state man and father that God has made him to be. According to our source, Udo Ekpenyong is a compact political strategists and a go-getter any day any time, a player that one should have within, more so his loyalty and penchant to hold onto his sworn allegiance, no matter what wind is blowing. He further advised Akpabio not to let the rumour and handiwork of some boot lickers whose job is to formulate non-existing and concocted stories about good people so as to diminish their good works and importance.

Dismissing as immaterial the many flying tales associated with the misunderstanding, our source concluded that “till thy kingdom come” and no matter what anyone would want to do or want us to believe, Governor Udom Emmanuel, Uncle Mo, Udo Ekpeyong, Nsentuen, Prince Akpabio , Ephraim Inyang-eyen, Aniekan Umana, Onofiok Luke, Hon. Emmanuel Ekpeyoun(Iraq), Hon.Uwemedimo Nwoko, Iboro Akam, Monday Ebong Uko, Prince Ntukude, Emmanuel Enoidem and the other future of Akwa Ibom politic are Akpabio’s, no doubting that fact.  Akpabio and everyone in our dear Akwa Abasi bom state are all God's children and we should all work for the interest of a better Akwa Ibom, as well as deliver the governor’s second term.

Conscientious Annang People Alliance (CAPA) is a socio political-organisation that exists to protect and project the interest of the Annang nation in Akwa Ibom state and Nigeria.
#LongLiveAnnangNation
#LongLiveAkwaIbomState
#LongLiveTheFederalRepublicOfNigeria
at February 12, 2018