The new look that the Itam Market, in Akwa Ibom State is wearing is sure not going unnoticed, all thanks to the (SA) to the Executive Chairman of Itu LGA  on market, trade and investment and the Board of Trustees Chairman, Itu Markets traders’ welfare, Elder Godwin Ebong and his team. 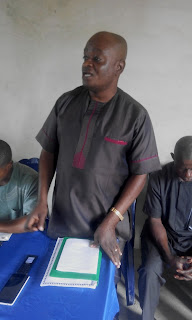 In an interactive forum with traders and stakeholders in order to ascertain their challenges and that of the market and as well as solicit for possible suggestions that would see to the effective management of the market in the market’s office yesterday, traders took turn to eulogised Mr. Ebong and the members of his board for the effective leadership and the positive development they are experiencing in the market since they assumed office.

The traders, one after the other appreciated the new management team for improving on the security of the market, which they said used to be one of the major challenges facing them in time past, as it used to discouraged customers from shopping at Itam market. They also appreciated the board for tabling their concerns on government’s proposed levy increased to government and making government to stay action on it, etc. The traders however, pleaded with the board to as a matter of necessity let government know and make conveniences available in the market, as well as drainage and car parks to eased traffic. 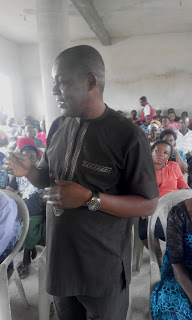 Acknowledging the effort of the market’s enforcement team in outlawing street trading, traders from different sections pleaded that more be done so as to completely eradicate street trading, which they said contributes to poor sales. They also call on the board to orientate and make enforcers to be civil in carrying out their duties and to stop embarrassing people.

Informing the traders of Government’s plans for the market and the proposed visit by the Commissioner for Environment and the executive Chairman of Itu LGA, the Board Chairman called on improved sanitation and cooperation from the traders in prompt payment of their levies and other commitments, which he said it is through that that development and facilities can be provided for the market. Frowning at the practice where traders having misunderstanding with co-traders resorts to calling thugs for or taking their fellow traders to the police so that they can spend money instead of exploring internal mechanisms of dispute resolution as laid down by the market