As Valentine takes centre stage come February 14 across the globe, Frank Aabasiekong, the new kid on the block of film making in Nigeria would be lacing it down and icing the love atmosphere with the launching of his state of the art visual and audio studio located inside Konsol Hotel, Ikot Ekpene, Akwa Ibom State. 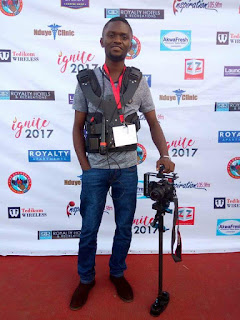 Frank, whose work,  “Biageria” was nominated and considered for award in the Short Documetary Film Category of the awards in Nigerian Film Festival which took place in Calabar, Cross River state in 2016, 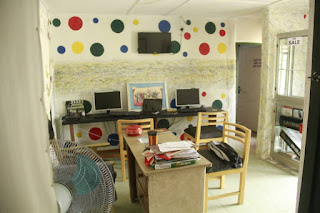 embodies and speaks nothing but films. Revealing his intention to champion film revolution and to attained international
standard in the Nigerian entertainment industry, Nollywood, in scripting, directing, acting, editing and general production, Frank took us on a facility tour of his studio, tastily furnished to deliver comfort, standard and class to clients. #WatchOutForFrankAbasiEkong
at February 12, 2018