Antonio Conte, the Italian, Chelsea Coach last few hours ago continue with his football suicide and decision blunders which started coming to noticed in the beginning of the season, when he dropped one of the most prolific and worlds’ most deadly strikers in football, Diego Costa for Morata.  Yes Costa could sometimes be so annoying and could sometimes appear blank with no clue of what to do with the ball when he’s face to face before defenders, but the man is a poacher, and poaching he really knows how to do and he always delivers, the man is a striker. Where’s it ever done for crying out loud! Whoever does that in football? 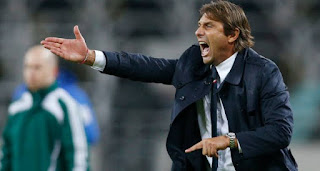 Another suicide undertaking the Chelsea Coach is committing is the continuous benching and denying Williams playing time. Williams no doubt is an A list player in players’ ranking, and you don’t make your best an eleven (11) minutes sub. Look at the superb improvement and uprising of players like Firminho of Liver Pool and Coutinho, is it not because of available playing time week in week out that allows them to continually expressed themselves and improve on their game? Williams have never stopped to crave for more playing time and to be paired with Hazard, which anytime they do, they always produced result. But our stubborn Conte won’t bulge. If you don’t want Williams, instead of wasting his time, let’s cash in on him, he’s a cash cow. 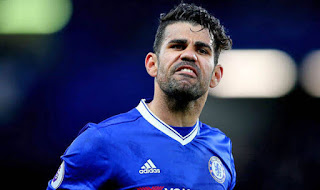 The continuous playing of mistakes prone Bakayhoko ahead of a young, strong and intelligent Drink Water, who had played at Leicester with Kante before is another no brainer that we are finding it difficult to understand.
We know that David Luis can be sometimes so erratic, over zealously ending up with a red card and putting pressure on the team, or giving away penalties, but the man does his work, and you don’t bench him for our “now” Cahil or Rudiger. The biggest football suicide Conte has committed is losing at Stanford Bridge yesterday. What were you thinking losing with such expensive players and team to under paid players and lesser team?