TEN REASONS WHY NIGERIAN POLICE IS THE BEST IN AFRICA.

The Nigeria police is currently making frantic efforts to convinced the world that they are not the worse as proscribed by World Internal Security and Police Index International, WISPI. And with these ten (10) reasons, the debate whether they are the best or worse would be put to rest.

1. THE NIGERIAN POLICE AUTOMATICALLY BECOME A CRASH PROOF ONCE HE WEARS THE UNIFORM AND CARRIES THE GUN: An average Nigerian police man is the best in standing on the road once he is wearing that uniform and carrying the gun, without minding whether an upcoming vehicle could loose break. This I think they believes makes them invincible and the best in Africa, against the worse tag that they have been tagged the by WISPI.

2. THE NIGERIAN POLICE IS THE BEST, AS THEY HAVE SUCCESFULLY DECIEVED THE GOVERNMENT, COUNTRY AND THE GENERAL PUBLIC THAT BAIL IS FREE, BUT COLLECT AS MUCH JUST TO BAIL. The slogan that bail is free is not only misleading and a lie, but a successfully conn man tactic, which can only be pull by a very, top and best conn man. That to me makes them the best and they know they are. 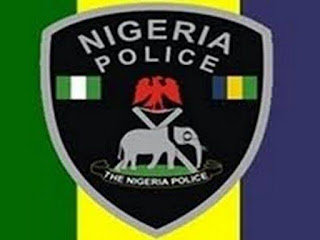 3.  THE NIGERIAN POLICE IS THE BEST IN FRAMMING, CREATING AND MANUFACTURING PROBLEMS FOR THE PUBLICE THEY ARE SURPPOSED TO PROTECT, JUST TO EXTORT MONEY THEY NEVER REMITTE TO GOVERNMENT. who can do that, if not the best in Africa?

4. THE NIGERIAN POLICE ARE THE BEST IN MAKING SO MUCHONEY ILLEGALLY ASIDE WHAT THEY AEE BEING PAID. This to me is an ingenuity and a fit that can be accomplished only by the best, an innovative way of heeding the admonition to have alternative stream of income

5. IT IS ONLY OUR BEST NIGERIAN POLICE THAT  YOU GO AND REPORT A CASE TO AND THEY WOULD ASKED YOU TO GIVE THEM TRANSPORT MONEY BEFORE THEY WOULD GO AND ARREST THE PERSON INVOLVED.This ingenuine approach to policing is found no where in the world, making them the best. 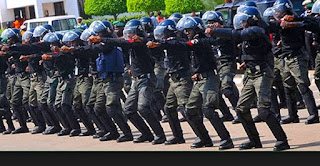 6. THE NIGERIAN POLICE HAVE FOUND A WAY OF BEING OGA AHEAD OF EVERY OTHER CITIZENS BECAUSE THEY ARE POLICE, HAVE GUNS AND WEARS UNIFORM. This makes them the best, as they can force anything on the citizens.

7. THE NIGERIAN POLICE IS THE BEST BECAUSE THEY CAN DO AND UNDO AND HEAVEN NOGO FALL.

8. NIGERIAN POLICE CAN ABUSE THE RIGHTS OF HIS FELLOW CITIZENS AND STILL FINDS WAY TO SUPRESSED YOU.

9. NIGERIAN POLICE IS THE BEST BECAUSE THEY ARE NOW SHAMELESS AND NO LONGER HIDE THE FACT THAT THEY ARE OUT ON THE ROAD TO EXTORT, ad they would openly demand for bribe.